Thailand decriminalizes marijuana, but not the strong stuff 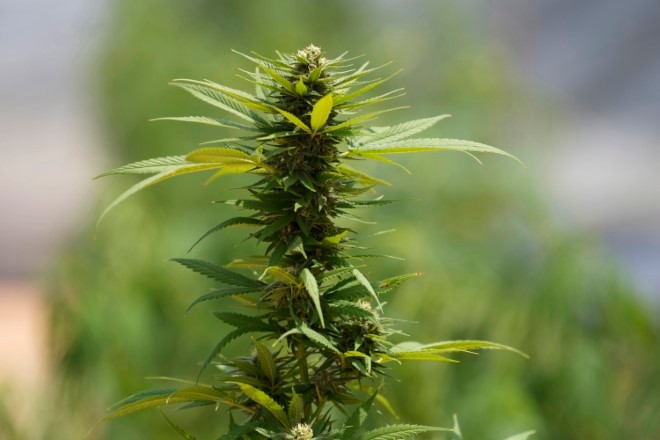 The bud of a cannabis plant stands tall at a farm in Chonburi province, eastern Thailand on June 5, 2022. (AP Photo)

BANGKOK--Marijuana cultivation and possession in Thailand was decriminalized Thursday, like a dream come true for an aging generation of pot smokers who recall the kick the legendary Thai Stick variety delivered.

The stated intention of the country’s public health minister to distribute 1 million marijuana seedlings for cultivation has added to the impression that Thailand is turning into a weed wonderland.

But for the time being, would-be marijuana tourists will be disappointed. Thailand has become the first nation in Asia to decriminalize marijuana--also known as cannabis, or ganja in the local lingo--but it is not following the examples of Uruguay and Canada, the only two countries so far that have legalized recreational marijuana on a national basis.

The government has said it is promoting cannabis for medical use only, warning those eager to light up for fun that smoking in public could still considered to be a nuisance subject to a potential 3-month sentence and 25,000 Thai baht ($780) fine. And extracted content remains illegal if it contains more than 0.2 percent of tetrahydrocannabinol, or THC, the chemical that makes people high.

That’s roughly the same amount that might be found in hemp, a cannabis variety mostly grown for fibers that are used for industrial purposes.

Thailand is seeking to make a splash in the market for medical marijuana, whose benefits are generally derived from other cannabinol chemicals the plant contains. Thailand already has a well-developed medical tourism industry, and its climate is ideal for growing cannabis.

“We should know how to use cannabis,” Public Health Minister Anutin Charnvirakul, the country’s biggest marijuana booster, said recently. “If we have the right awareness, cannabis is like gold, something valuable, and should be promoted.”

But he added, “We will have additional Ministry of Health Notifications, by the Department of Health. If it causes nuisances, we can use that law (to stop people from smoking).”

He said the government prefers to “build an awareness” that would be better than patrolling to check on people and using the law to punish them.

“Everything should be on the middle path,” Anutin said during a news conference ahead of the decriminalization Thursday.