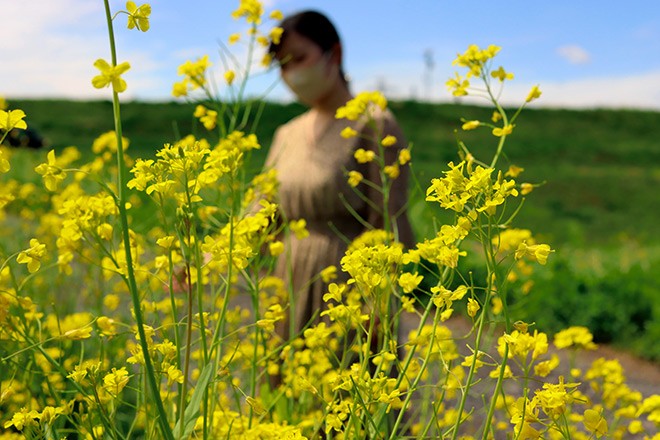 This 20-year-old woman commutes to a university while living in a self-reliance assistance facility in the Kanto region. (Ryuichi Hisanaga)

The Diet on June 8 passed legislation to amend the Child Welfare Law and help those in the foster care system remain in it after turning 22 if they desire, rather than being forced out.

However, others who have gone through the system called for leveling the playing field among the various facilities so everyone has an equal educational and future prospects.

Under the current law, all individuals must leave their foster home or other facilities when they turn 22. The amended law now calls on prefectural governments to consult with the individual and decide whether he or she should continue living under the same foster arrangement.

But a 22-year-old woman who once lived in a self-reliance assistance home took issue with the varying quality of foster care facilities.

“Children have no say in deciding where they will be placed," she said. "It is like a game of roulette and everything depends on luck.”

The facility where the woman once lived never had anyone go on to attend a university, so she said that was never an option for her. Staff also did not provide much in the way of support.

But a 20-year-old woman who lives in another foster facility in the Kanto region entered a university this spring.

And even though she has had a rough life, she was also fortunate to receive support from staff at various facilities where she resided.

The facility where she now lives is for those between 15 and 22 who cannot for whatever reason live with their families or in a foster home. Some residents commute from the facility to work to prepare for the day they can live on their own.

The woman grew up in a family where her father was physically abusive to her mother and later to herself. The mother also psychologically abused the woman by rejecting her very existence as a human.

She moved to a facility in September of her second year in junior high school. She came to her current residence after living with foster parents.

According to the health ministry, about 42,000 children are in foster care because they have been abused or were orphaned or their families were too poor to raise them.

According to data as of May 2020, the ratio of children in foster care who go on to a university or a junior college is 17.8 percent. Among all high school graduates, 52.7 percent enter higher education.

The woman received support from the head of the facility where she now lives, including helping her research the cost of attending a university, what scholarship programs were available and how much part-time work she would need to do to put herself through school.

Staff at the facility she entered when in junior high school also were helpful and provided encouragement when she was taking entrance exams.

The woman completed a senior high school correspondence course and worked part time to save up to attend a university.

Others who work in foster facilities said the government should provide more financial support so all those living in such arrangements would have the same opportunities to make choices about higher education or find employment.