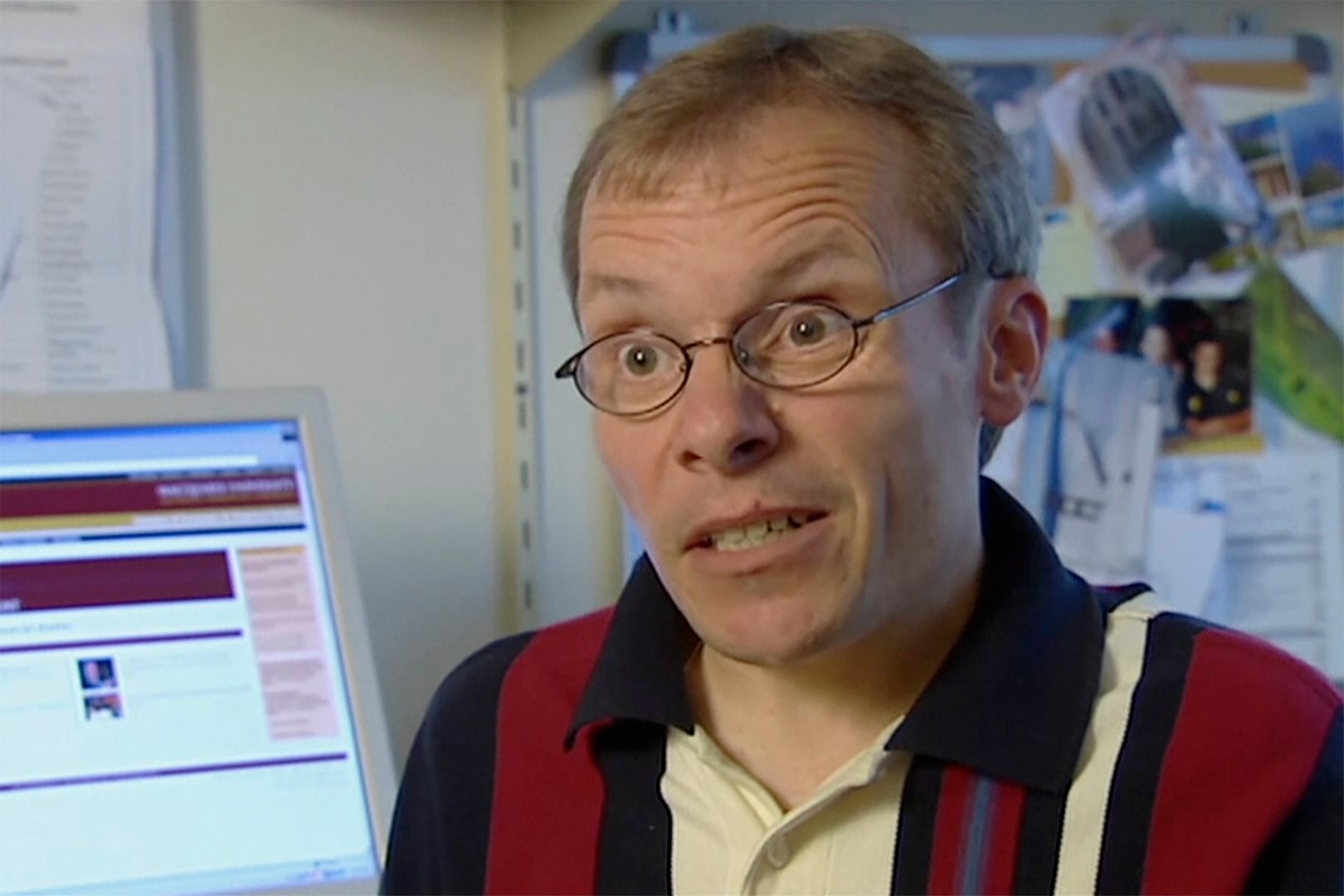 In this image taken from a video, Sean Turnell, an economist at Australia’s Macquarie University, speaks during an interview at his university office in Sydney, Australia on Nov. 25, 2005. (AP Photo)

Turnell had served as an adviser to Suu Kyi, who was arrested when her elected government was ousted by the army on Feb. 1, 2021.

Turnell was arrested in Yangon, the largest city, a few days after the military seized power. He is being tried in the capital, Naypyitaw, with Suu Kyi and three former Cabinet members charged in the same case.

Violating the official secrets law carries a maximum penalty of 14 years in prison. The colonial-era statute criminalizes the possession, collection, recording, publishing or sharing of state information that is “directly or indirectly, useful to an enemy.”

The exact details of Turnell’s alleged offense and those of the others have not been made public, though Myanmar state television, citing government statements, has said the Australian academic had access to “secret state financial information” and had tried to flee the country.

A legal official who is familiar with Turnell’s case said he and his co-defendants were formally indicted Thursday, allowing their trial to continue. He spoke on condition of anonymity because he is not authorized to release information.

Under Myanmar law, a judge can order an end to a trial after the prosecution has presented its case if it is found to not have merit. If the judge finds the prosecution case credible, the trial continues into a second phase in which the defense presents its case and a verdict is rendered.

The court in coming weeks will hear the defense arguments, including a re-examination of the prosecution’s witnesses.

The legal official said Turnell, who is detained at a prison in Naypyitaw, appeared to be in good health.

Suu Kyi is currently being tried in Naypyitaw on several charges including corruption and election fraud. The cases against her, lodged at the behest of the military-installed government, are widely seen as an effort to discredit her to prevent her return to politics.