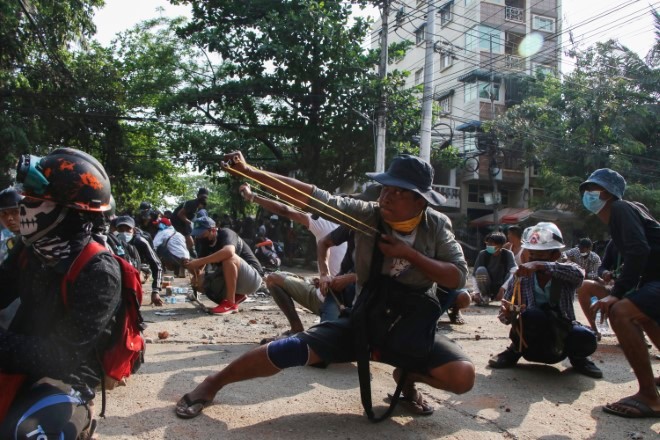 “It’s hard to see today how they could realistically think they can win,” said Derek Chollet, the State Department counsellor. “They’re losing territory. Their military is taking serious losses.”

Speaking to Reuters and another journalist in Bangkok on Friday, Chollet said the military government is becoming isolated not only internationally but also at home and should end the fight and return to democracy.

The junta overthrew the elected government of Nobel laureate Aung San Suu Kyi in February 2021 and has since used deadly force and mass arrests to suppress demonstrations.

Civilians have taken up arms to fight police and soldiers, answering a call by an alliance of lightly armed rebels for a people’s revolt. The junta has declared the alliance “terrorists”.

A spokesperson for the military did not answer calls seeking comment on Sunday about Chollet’s remarks.

The diplomat is visiting Thailand, Singapore and Brunei to follow up on a meeting last month of the United States and the Association of Southeast Asian Nations (ASEAN).

In addition to imposing sanctions, Washington is working with ASEAN and countries such as Singapore, Indonesia and Malaysia regarding Myanmar, Chollet said.