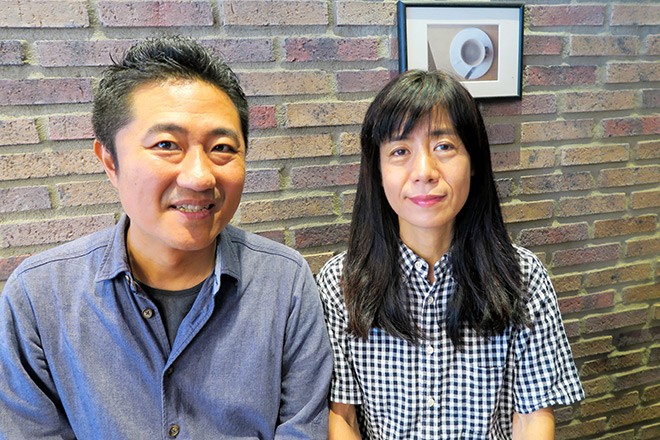 Movie director Kazuhiro Soda, left, and his wife, Kiyoko Kashiwagi, in Tokyo in 2018. They were married in the United States and retained their surnames. (Asahi Shimbun file photo)

A couple is preparing legal action to challenge Japan’s one-surname only policy for married couples in official documents, after a court refused to confirm the legal status of their marriage.

Kazuhiro Soda, a movie director, and Kiyoko Kashiwagi, a movie producer, submitted their official notification of marriage to Tokyo’s Chiyoda Ward office on June 13, which was rejected the same day. The cause of the dismissal was that they checked that they would continue to use both their last names after marriage instead of just one.

It was the second time they submitted marriage papers to the same office, after their last attempt four years ago.

The rejection of their application was expected under Japan’s legal system, but it paved the way for the pair to file a request for the Tokyo Family Court to order the local ward authorities to accept the document.

Kashiwagi and Soda were married in New York in 1997 and had retained their separate last names.

When Japanese are married abroad, they are supposed to submit a marriage notification document at a Japanese diplomatic establishment in the country where they reside.

But the two did not do so because they knew that they had to choose one of their surnames to register their marriage under the existing Japanese laws. They had expected that Japan would eventually follow in the footsteps of other countries around the world and adopt a dual surname system for married couples.

In an official Japanese marriage register, a couple must check a box to show which of the last names they will use upon marriage: either the husband’s or the wife’s.

When they submitted the document in 2018, they checked both boxes.

The couple took legal action to sue the state to confirm the legal status of their marriage at the Tokyo District Court.

In its ruling in April 2021, the court said their marriage is still valid in Japan. But it would not confirm the legal status of their marriage, saying the plaintiffs should take the matter to a family court.

With a ruling on similar lawsuits finalized by a Supreme Court decision in March, there is still no way of officially proving that they are a married couple.

And that can lead to Kafkaesque nightmare scenarios when dealing with various levels of government bureaucracy.

Kashiwagi remembers when a Japanese employee at a U.S. consulate office turned down her request for a spousal visa in 2001 when traveling back to the United States because her last name is different from her husband’s.