Schools across Japan work on adopting pants as option for all 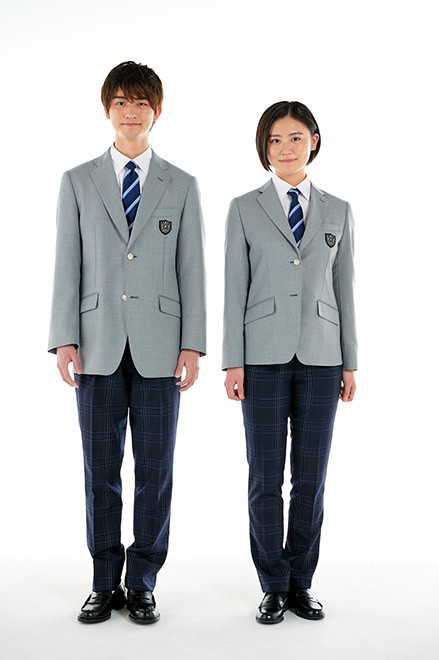 A junior high school student went to school in new pants only to find she was the only girl wearing that type of outfit at her school's entrance ceremony.

The student had bought the pants at a nearby school uniform store in February before starting at an Osaka city-run school in April. She said she likes how comfortable they are.

One day, however, her mother received a call from her daughter’s homeroom teacher.

“We only allow LGBT individuals or children requiring other sorts of special care to wear pants,” said the teacher. “Is your daughter suffering from such special problems that have yet to be shared with the school staff?”

The student was told at the uniform shop that she could choose pants. She thus decided to purchase them.

“I wondered why it was impossible for me to wear pants, given the female teachers all wear them,” the student said.

As the school’s rules stipulated girls must wear skirts, students were only able to select either pants or skirts when the children or their guardians explained personal issues involving their sexual identity to teachers.

The uniform store did not know about the regulations and thus sold pants to the student, reportedly leading to the misunderstanding.

“A teacher asking a student whether they are LGBT constitutes a human rights violation in itself,” her parents said.

The school operator ended up revising its rules to enable all students to choose between skirts and pants.

“I can now openly (wear pants),” said the student about the decision. “Everyone is delighted about their being able to choose whichever they like.”

The academy’s principal said the reform was significant for the school.

“This incident helped discussions proceed, allowing us to introduce new, better school rules,” said the principal. “The mindset of both the school’s operator and educators should change in line with the trend of the time.”

Teachers and other staff members are working on how to respond to many schools nationwide placing gender-neutral uniforms, including pants for girls, among their student uniform choices.

The junior high school in Osaka formerly allowed only certain children to wear pants out of consideration to lesbian, gay, bisexual and transgender individuals. But it has since reviewed its restrictions following trouble this past spring and is hoping anyone can choose between gender-free options so students can spend their school days comfortably both emotionally and physically.

A similar case was reported at another junior high school in Osaka Prefecture a few years earlier.

A female student who had just started at the school abruptly started wearing uniform pants during the spring season, according to one educator’s accounts.

Puzzled over “what to do,” teachers at the school held discussions. They checked the school rules and discovered they simply state that students “should wear uniforms,” with no provisions clearly mandating girls and boys to wear skirts and pants, respectively.

The educators concluded the student’s behavior “poses no problem,” and the girl could continue wearing pants at school.

The school staff said they asked her no questions about her gender identity at the time.

“It is unnecessary for even educators to know students’ private matters linked to their sexuality,” said the educator. “Teachers need to think whether it is really appropriate to have students wear the same uniforms, too, like military personnel.”

Ryo Uchida, an educational sociology professor at Nagoya University, who is knowledgeable about problems connected to school rules and uniforms, agreed with the sentiment.

“If students’ autonomy and freedom are respected in a real sense, the conclusion would be that uniforms are not needed,” said Uchida. “The discussions should start from this point of view.”

An increasing number of schools across Japan are giving the option of pants and other gender-neutral options to those whose physical genders do not match their gender identities, and other students.

Gender-free uniforms are proving popular from a functional perspective as well: these alternatives can better protect wearers from the cold, while being comfortable to move around in.

“Such uniforms have been adopted on a grand scale in particular over the last three to four years,” said Miki Tanioka, 49, a public relations official of leading uniform maker Kanko Gakuseifuku Co. in Okayama.

Pants catering to female students are said to have been introduced starting around 1997 in Hokkaido, Nagano Prefecture and other areas that have heavy snowfall.

Since the education ministry notified educational boards nationwide in 2015 to be more thoughtful of steps in helping students with gender identity disorder, Kanko Gakuseifuku has received orders for gender-neutral clothing from additional dozens of schools each year.

While 300 schools made pants optional in spring last year, they were newly added to 800 educational facilities this year.

Sailor-like school clothing was traditionally intended for girls and uniforms with stand-up collars for boys in Japan. Such uniforms are thus especially regarded as emphasizing gender distinctions.

For that reason, school operators increasingly are purchasing blazers, skirts and pants for their school uniforms. Students can add bows or ties to such uniforms in any way they like.

“Uniforms should ideally be used to help the wearers feel comfortable from the standpoint of both their mentality and the clothing's functionality,” said Tanioka.

In Utsunomiya, Tochigi Prefecture, 25 public junior high schools made pants accessible to all students between fiscal 2020 and fiscal 2022.

The city’s board of education said more than 400 female students attend school in pants in the municipality, and they praised pants for keeping legs “warm” and making it “easier to ride a bicycle in.”

(This article was written by Tomomi Terasawa and Rie Kowaka.)