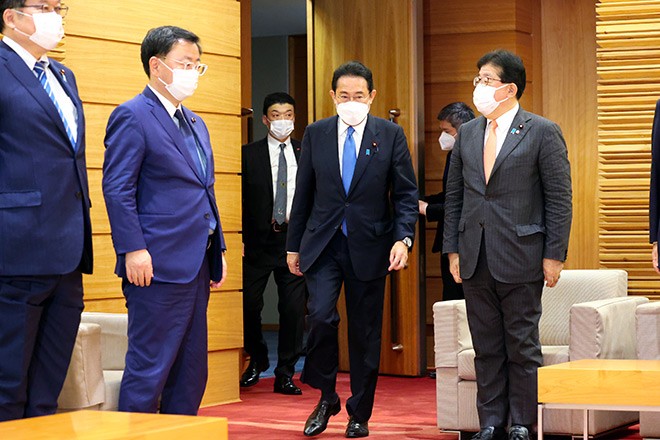 Prime Minister Fumio Kishida, center, heads for a meeting of his Cabinet on June 15. (Koichi Ueda)

Campaigning will officially begin on June 22 for the 125 seats to be contested, including a by-election to fill a vacant seat in Kanagawa Prefecture.

The overall outcome of the election will largely depend on the 32 single-seat prefectural districts, where ruling coalition and opposition party candidates are expected to clash.

While the opposition cooperated in backing the same candidate in such prefectures in the Upper House elections of three and six years ago, similar cooperation is expected to be much more limited this time around.