Kishida rattles off steps to deal with COVID-19, surging prices 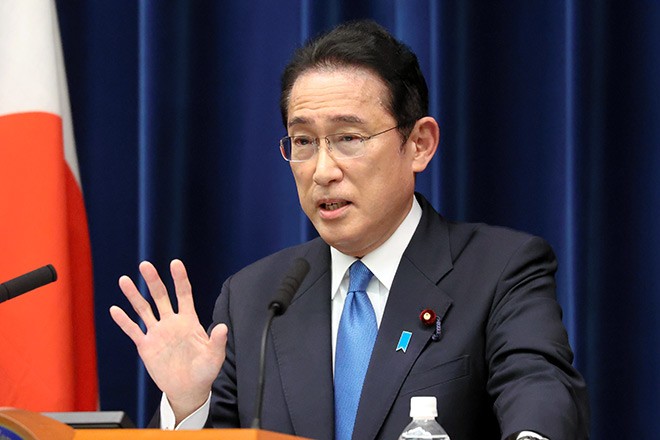 In what resembled a pre-election speech, Prime Minister Fumio Kishida boasted of his accomplishments in the Diet and promised measures to curb the COVID-19 pandemic and help the public cope with soaring consumer prices.

At a June 15 news conference held after the Diet session closed, Kishida pointed out that Japan’s parliament had passed all bills submitted by his Cabinet, the first “perfect record” in 26 years.

He also confirmed that the Upper House election will be held on July 10.

Kishida said his administration would set up a new agency within the Cabinet Secretariat directly under his control to manage future outbreaks of infectious diseases.

Bureaucrats from relevant ministries would be brought together under the new agency for any spread of a new infectious disease.

Kishida said legislation to establish the agency would be submitted to the ordinary Diet session early in 2023.

He also said a Japanese version of the U.S. Centers for Disease Control and Prevention would be created by merging the National Institute of Infectious Diseases and the National Center for Global Health and Medicine.

The health ministry would also be reorganized to bring together the sections now dealing with infectious diseases and crisis management.

Kishida said legislation would later be passed to give the central and local governments greater say in securing hospital beds needed to deal with health scares.

On the economic front, Kishida said a new government body would be set up to deal with surging petroleum and consumer prices.

He brushed aside opposition party criticism that the “Kishida inflation” was the fault of his administration.

He blamed Russia for triggering the rapid surge in prices for petroleum and imported wheat through its invasion of Ukraine.

Kishida said necessary measures would be taken if imported wheat prices continue to rise after September, when the current resale price is scheduled to end.

To stabilize supply and demand for electricity, Kishida said the government would announce as soon as possible measures designed to more thoroughly conserve energy.

About 5.5 trillion yen ($41 billion) from the reserve fund would be used for various measures to deal with increasing consumer prices, he said.

But for all his promises, Kishida set a very low hurdle to mark victory in the Upper House election. He said he just wanted the ruling coalition to maintain its majority in that Diet chamber.

(Keishi Nishimura contributed to this article.)