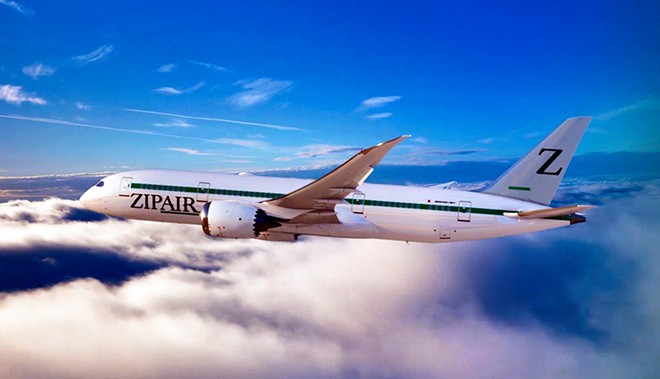 Low-cost carrier Zipair Tokyo Inc. said it will remove the letter “Z” from the tail fins of its four aircraft because some people were associating the logo with support for Russia’s invasion of Ukraine.

Zipair, a subsidiary of Japan Airlines Co., said June 15 that a new design in black, white and green will replace the letter.

The letter “Z” appeared on Russian military vehicles, including tanks, that rolled into Ukraine in February. The letter now represents support for the invasion.

According to one theory, “Z” represents an abbreviation for phrases meaning “for victory” and “for Russia.”

Zipair said it received several inquiries about whether it has any ties to Russia.

Shingo Nishida, president of Zipair, explained that the change in design “shows the company’s determination to expand its business.”

“But we also must ensure that we do not make our customers feel uneasy,” he said.