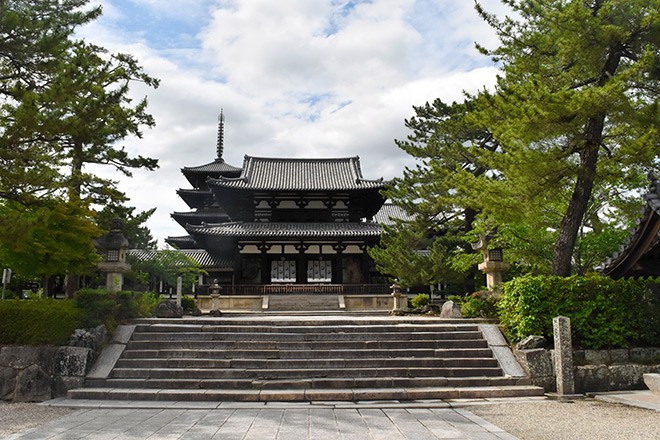 Horyuji temple announced on June 15 that it will launch a crowdfunding drive to raise 20 million yen ($148,000) to meet upkeep costs.

Such a fund-raising effort is common among temples when they plan to repair and renovate cultural artifacts.

But what is concerning about Horyuji temple is that it has to rely on outside donations to help cover the sheer daily costs of maintaining its compound.

Shobo Ono, chief administrator of the temple, said while temple officials are worried about how the public will perceive the fund-raising effort, it has no other option.

“We want to prepare the temple to receive many visitors when the pandemic is under control,” he said. “Visits by worshippers will be the biggest assistance to us.”

The temple, Japan’s first to be named a World Heritage site, will mark the 30th anniversary of the listing next year.

Currently, the famed temple appears to be in a condition that is not befitting the prestigious designation.

Tree branches and leaves have been left overgrown during the past two years as a result of steep shortfalls in revenue resulting from a plunge in visitor numbers.

The temple’s mainstay income is entrance fees from visitors as it does not have a system of collecting donations from patrons.

After people’s movements were significantly restricted following the pandemic, the temple saw a plunge in worshippers.

In the face of dwindling income, the temple undertook cost-cutting measures in three areas.

One is delaying a project to renovate large structures, which typically costs 50 million yen a year for several years.

The second is repairing statues and paintings. If they are designated as cultural properties, the temple is eligible for subsidies from the central and local governments.

But that is not the case with those not on the list of important cultural properties. The temple decided to pass up repair work.

The third area is to maintain its compound. Before the pandemic, the temple used to spend about 20 million yen annually for upkeep, including mowing grass and trimming trees. But it cut the expenditure by 35 percent and the result is obvious.

In the temple with a 187,000-square-meter compound stands about 150 buildings. Of these, 55 are designated by the central government as national treasures, including the Golden Hall, the Five-Storied Pagoda and the Hall of Dreams, and important cultural properties.

It also houses a collection of about 65,000 fine arts and crafts, including 2,500 articles named as national treasures and important cultural assets.

The temple is said to have been founded in around 607 by Emperor Suiko and Prince Shotoku.