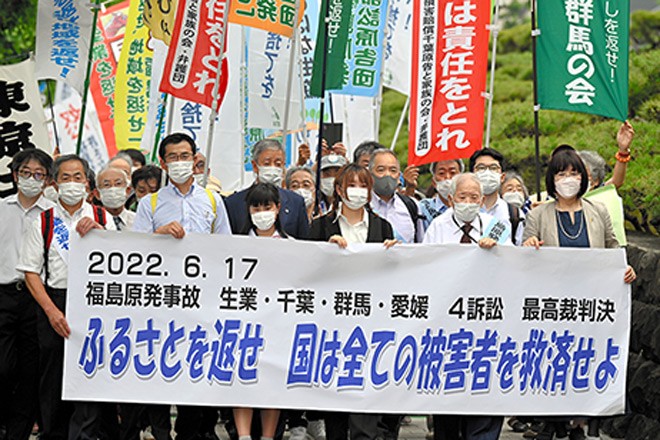 Plaintiffs head to the Supreme Court on June 17 to hear the ruling about compensation obligations related to the Fukushima nuclear disaster. (Yosuke Fukudome)

The Supreme Court on June 17 ruled the central government was not obligated to compensate people who fled from their homes following the 2011 triple meltdown at the Fukushima No. 1 nuclear power plant.

The ruling by the Second Petty Bench covers four separate lawsuits and will likely affect others awaiting a ruling by the top court.

A total of 32 lawsuits involving around 12,000 plaintiffs have been filed by evacuees seeking compensation from TEPCO and the central government.