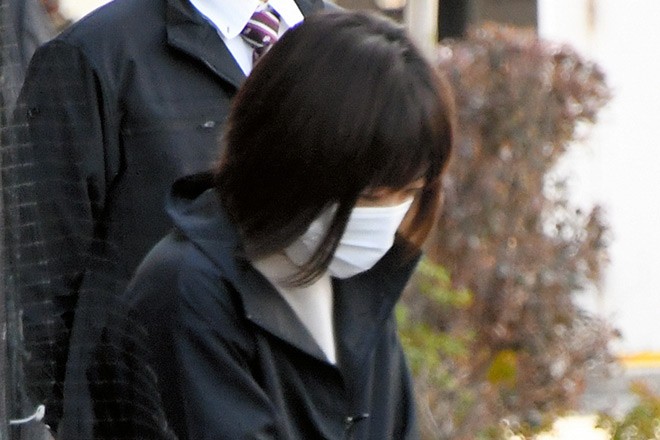 FUKUOKA--A mother who allowed her 5-year-old son to starve to death while in a relationship with a domineering older woman was found guilty of abandoning her parental responsibilities and sentenced to five years in prison.

The Fukuoka District Court’s June 17 decision for Rie Ikari, 40, took into account the fact that she herself was a victim because her actions were under the control of Emiko Akahori, 49. The latter has been indicted separately on a charge of abandoning her guardian responsibilities resulting in death.

Ikari’s son, Shojiro, was found dead in their apartment in Sasaguri, Fukuoka Prefecture, in April 2020.

Presiding Judge Atsushi Tomita said, “The despair that must have been felt by the victim is unfathomable. He did not receive sufficient protection from the one person he should have been able to depend upon. By any objective evaluation, this crime was exceedingly egregious.”

The court determined that Ikari was unable to think coherently because she herself was deprived of food and sleep while under Akahori’s control.

Although the court conceded that Ikari felt she had no choice but to follow Akahori’s rules, it also said the defendant deserved censure for failing to fulfill her responsibility by turning to relatives for help in keeping her son safe.

After reading the verdict, Tomita told the defendant, “I hope that when you return to society, you will stand by the growth of (her two other sons). Please live strongly until that day arrives.”

The case was heard by citizen judges and four agreed to a news conference after the verdict was read.

One of them, a man in his 40s, admitted it was difficult to comprehend the control exerted by Akahori as it was so far removed from what would be considered normal in daily life.

Yumiko Iume, an associate professor of clinical psychology at Tokyo Future University, said a person in Ikari’s situation would be less than coherent in a relationship based on dominance coupled with a lack of sufficient food and sleep.

Iume speculated that Akahori might have been able to reinforce her hold on Ikari by instilling fear in the woman and causing her to distrust others around her.

(This article was written by Naoki Nakayama, Mayumi Jo and Yuka Suzuki.)