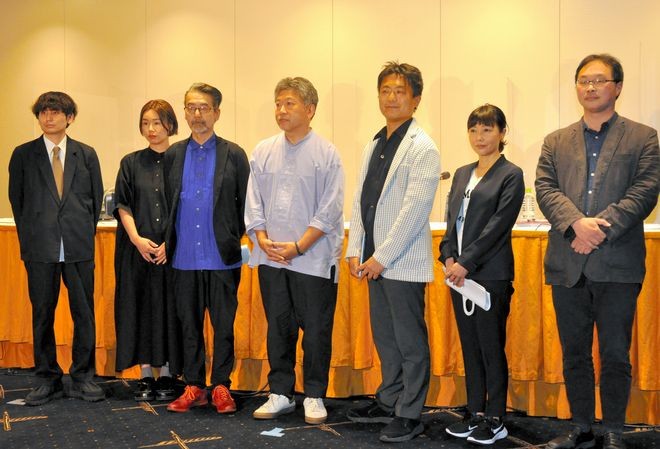 Famed film director Hirokazu Kore-eda is among a group of industry heavyweights working to improve working conditions in the aftermath of allegations of harassment and gripes about long hours for low wages.

“We are seeking to set up a new organization to provide a mutual assistance system that will allow the Japanese film industry to remain sustainable and viable in the future,” Kore-eda said during a news conference held at the Foreign Correspondents’ Club of Japan in Tokyo on June 14.

Founded in 1946, the CNC is a film support organization that set up a system to collect a portion of box office revenues, broadcasting fees, home video sales and other profits. It channels the funds to the entire industry to support filmmakers, distributors and other industry players.

The group members said they decided to push for a Japanese version of the CNC because they felt a growing sense of crisis after the COVID-19 pandemic flared. They said the domestic film industry needs to undergo radical reform to ensure diversity and create a worker-friendly environment.

Actors Koji Yakusho and Sayuri Yoshinaga, as well as directors Yoji Yamada and Ryusuke Hamaguchi, also joined the cause.

As action4cinema intends to use box-office revenues and other proceeds for its efforts, it needs to gain the cooperation of the Motion Picture Producers Association of Japan Inc. (MPPAJ), which comprises Toho Co. and three other major film companies, along with other industry groups.

“We agree on the whole,” an MPPAJ representative told The Asahi Shimbun. “But we can't decide anything because there are so many stakeholders (such as theaters and distributors) involved,” the official said in reference to the issue of collecting a portion of box office revenues.

(This article was written by Misuzu Sato and Takuji Hosomi.)