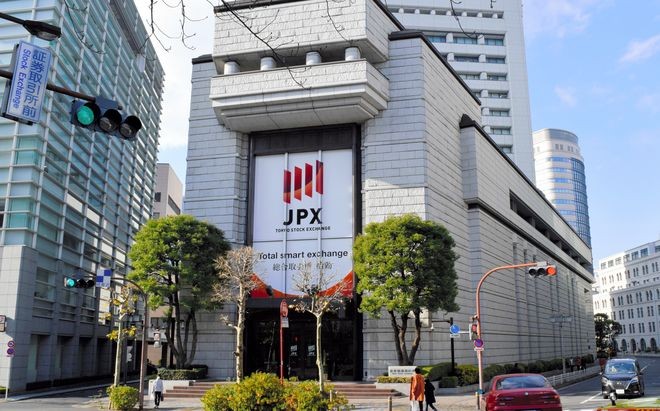 It has been three months since the Tokyo Stock Exchange reorganized its market segments, but there are few signs it has had the intended impact of boosting trading volumes and stock prices.

The revamp consolidated five segments into three new ones, with the intention of accentuating the differences between the market divisions and drawing in more investment from both within Japan and abroad.

But trading volume figures have yet to grow as officials had hoped and stock prices have remained sluggish overall.

And some have taken issue with the way the new setup is being operated and are calling for substantial and speedy reforms.

“The new setup is lackluster and remains less than sufficiently appealing to audiences both in Japan and abroad,” said one analyst in Japan.

But the operator has defended that the overhaul was worth pursuing.

“I think our structural reform measure (restructuring of the market segments) has likely been effective in its own way,” said Akira Kiyota, CEO of Japan Exchange Group Inc. (JPX), the TSE’s parent company.

Kiyota made the comment at a regular news conference on June 16 looking back on the two and a half months that had elapsed since the overhaul.

The TSE previously had five market divisions, including the First Section and the Second Section.

The stock exchange restructured them into these three segments: the Prime Market, intended for businesses that operate internationally; the Standard Market, for businesses with track records in Japan; and the Growth Market, designated for emerging businesses.

The makeover was aimed at integrating similar market divisions to make them more attractive for international investors.

Kiyota said the TSE’s market reorganization has pressured the managers of listed companies into trying to ensure their businesses live up to the market segments they are in. He cited that as one of the positive outcomes of the reform.

The realignment, however, has yet to deliver visible effects when it comes to turnover figures.

At the close of trading on June 16, stock price indexes, calculated based on the market capitalization of all issues listed on each of the market divisions, stood below the reference mark of 1,000 for April 1. It was 960.93 for the Prime Market, 958.06 for the Standard Market and 809.25 for the Growth Market.

The Prime Market has tighter listing requirements than the previous TSE First Section did, including in terms of the market capitalization and the ratio of tradable shares.

However, 16 percent, or 296, of the businesses that transferred from the former First Section into the Prime Market drew on a transitional measure that allowed them to do so even if they failed to meet the requirements.

That has blurred the distinctions between the market segments. That could also leave the reform measure weakened depending on the way the new setup is run.

Kiyota told the news conference that he hopes the panel will “set a direction as early as possible,” including for when it will work out its recommendations.

Some have already raised issues with the way the new market setup is being run, prompting the TSE to come up with a fix.

Starting in April, the TSE began releasing “indexes” of the trends in stock prices across each of the three new market segments once a day, following the 3 p.m. close of trading. The indexes were not updated in real time, like in the case of the Tokyo Stock Price Index (TOPIX), which has remained in place from before the market was restructured.

The TOPIX is calculated with all issues listed on the former TSE First Section.

Businesses that used to be listed on the now-defunct First Section are being financed with more than 70 trillion yen ($519.6 billion) in funding through investment trusts and other financial instruments that are operated to correlate with TOPIX fluctuations.

Some critics had pointed out, however, that TOPIX-linked investment tools could distort the process of stock price formation because they allowed issues to be financed that have low market capitalization and low liquidity.

So, the TSE decided against calculating the three new market segment indexes in real time so no financial instruments could be sold that are linked to those indexes.

Some said the new market segment indexes are not very informative because they are not easy to analyze and provide few clues about market trends. Others said the option should be considered to have financial instruments created that are linked with real-time indexes, which would hopefully attract more investors.

Those comments led the TSE to change the way it ran the indexes, starting real-time calculation for the indexes on June 27.

The exchange is also starting to prepare for providing new indexes that are based on the new market divisions and could be used as targets for investment. The new indexes will cover only limited sets of issues that are to be screened by certain conditions instead of covering all available issues, TSE officials said.