Musician Yuzo Kayama to retire from the stage after 61 years 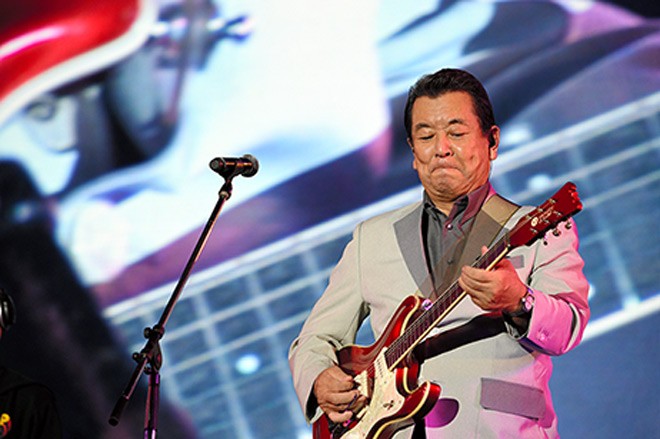 Yuzo Kayama plays the guitar during a concert in Osaka in 2017. (Asahi Shimbun file photo)

Popular singer Yuzo Kayama plans to bring the curtain down on a career spanning more than 60 years with a concert in September, giving his legion of fans one last performance.

Kayama, 85, had previously said he would be a lifetime singer, but he changed his mind after he had a stroke and other health issues in recent years.

“Everyone eventually reaches a point in their lives where they must bring an end to what they have been doing all those years,” he said. “I decided to retire from concert activities while I can still sing, rather than having to quit after finding I can no longer sing.”

His final concert will be held at the Tokyo International Forum in the capital on Sept. 9.

Kayama debuted in 1961 and was one of Japan’s first singer-songwriters. In those days, singers typically performed songs written by writers that music labels had under contract.

His songs, rock ’n’ roll and pop music sung in Japanese, were taken as highly creative and set off a boom in electric guitars in Japan.

His huge hits include “Kimi to itsumademo” (With you forever), "Oyome ni oide" (Be my bride) and “Black Sand Beach.”

He also starred in the "Wakadaisho" (Young general) film series.

His accomplishments in the music world were extensive.

Kayama said music is something everyone should enjoy and have fun with while being free from standards, rules and constraints.

“You should not be deadly serious when you do music,” he said. “I do not want to have a sense of professional pride. I would rather remain an aspiring musician.”

Kayama is set to perform at his last concert while trying not to be sentimental.

“I am not thinking about doing anything special for my last show,” he said. “If I give my usual performance right to the end, I think that will make it a fond memory for me.”