Son of LDP bigwig bows out of politics, won’t run in July poll 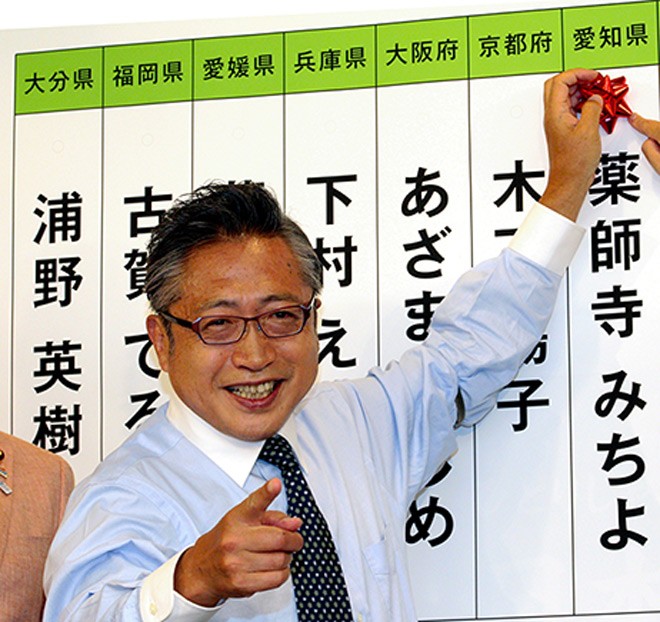 Yoshimi Watanabe, the former head of the now-defunct Your Party and a former Cabinet minister, announced on June 21 that he will not run in the upcoming Upper House election and will retire from politics.

Watanabe, 70, son of the late Michio Watanabe, the ruling Liberal Democratic Party’s bigwig who held a series of ministerial posts including finance minister and health minister, is now an independent member of the Upper House.

He has formed a faction within the Upper House with members of the chamber from the NHK Party.

He was looking to run in a nationwide proportional representation block in the election that will be held on July 10.

However, he has given up on the bid as he couldn’t do the necessary preparation work, according to his office’s staff members.

On June 21, Watanabe announced on his Facebook page, “My ambition to form ‘the third force’ (on the political stage) is over,” and “I will retire from politics.”

He didn’t divulge the details about his future plans in the posting but just said, “I will serve the public through the knowledge and experiences I have accumulated.”

Watanabe first won a Lower House seat in 1996 when he was an LDP member in the third electoral district in Tochigi Prefecture.

He left the LDP in 2009 and formed the Your Party.

However, he resigned as the head of the party in 2014 following a financial scandal.

He lost his seat in the Lower House election in the same year after the disbanding of the party.

He was elected to the Upper House in 2016 under the proportional representation system as a candidate for Osaka Ishin no Kai (now Nippon Ishin no Kai, Japan Innovation Party).

He was kicked out of the party, however, after declaring support for Tomin First no Kai (Tokyoites First) during the 2017 Tokyo metropolitan assembly election.