Women account for record 33% of candidates in Diet election 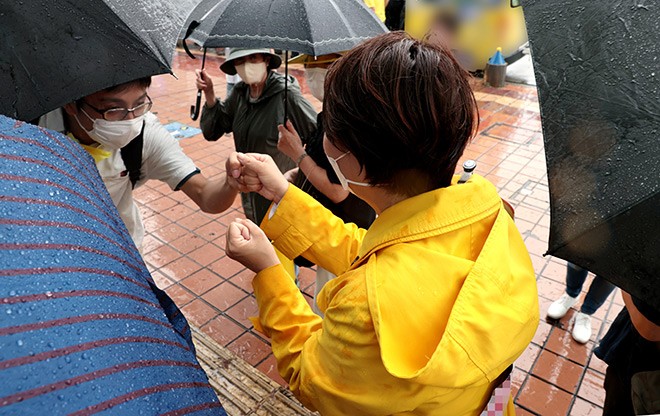 Around one-third of candidates in the July 10 Upper House election are female, the highest ratio since Japanese women were first allowed to vote and run for Diet seats in 1946.

The female proportion of 33.2 percent is the first to exceed 30 percent in elections for either of the Diet’s two chambers.

The previous record for female candidates in a national election was 28.1 percent in the 2019 Upper House poll, a year after the candidate gender parity law came into force, which calls on political parties to make efforts to field an equal number of male and female candidates.

The latest rise in female representation was pushed mainly by opposition parties, while the figures for the ruling coalition parties both remained under 25 percent.

The campaign for the election officially kicked off on June 22.

Of the total 545 candidates registered, 181 are women.

For the prefectural constituencies, 122 of 367 candidates, or 33.2 percent, are women, while females account for 59 of 178, or 33.1 percent, of candidates in the proportional representation part.

A total of 125 seats are up for grabs, including one that will be determined in a by-election in Kanagawa Prefecture.

The surge in 2019 came after the Diet in 2017 began discussions to enact the candidate gender parity law.

The government’s target is to have women account for 35 percent of candidates running in national elections by 2025.

Two opposition parties achieved their goals of having women account for half of their candidates: 51.0 percent for the Constitutional Democratic Party of Japan and 55.2 percent for the Japanese Communist Party.

The Democratic Party for the People surpassed its goal of 35 percent by having women make up 40.9 percent of its candidates.

Among other opposition parties, the female candidate ratios are: 30.4 percent for Nippon Ishin (Japan Innovation Party); 35.7 percent for Reiwa Shinsengumi; 41.7 percent for the Social Democratic Party; and 23.2 percent for the NHK Party, which pledges to protect people from public broadcaster Japan Broadcasting Corp.

For junior coalition partner Komeito, the percentage of female candidates is 20.8 percent.

The main ruling Liberal Democratic Party set a goal of having women represent 30 percent of its candidates in the proportional representation part of the election.

Although it met that goal, the female ratio for all of its candidates, inclduing those for prefectural constituencies, was 23.2 percent.