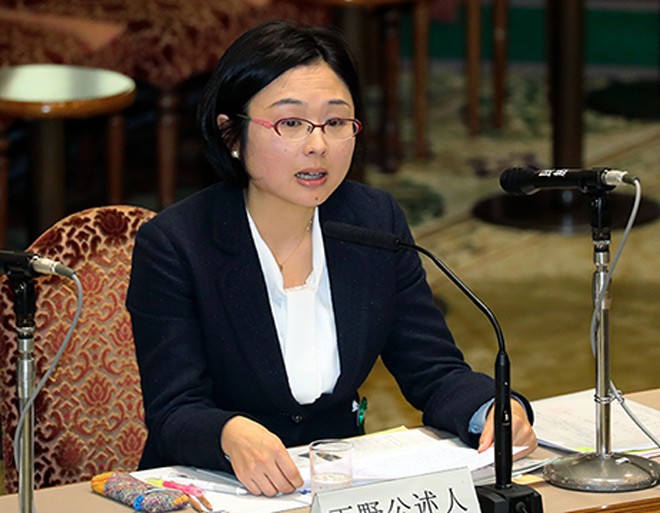 The jeers she heard reminded Tae Amano of uncouth baseball fans. But she was not at a stadium with free-flowing beer. She was waiting in a committee meeting room at the Diet.

And after her “at-bat” in front of at least one obnoxious male lawmaker, she decided that the Diet could use an overhaul.

Amano, 47, is now leading a campaign of sorts through Twitter and Instagram calling on people to vote for women in the July 10 Upper House election.

Her time in the Diet stemmed in part from Miraco, an organization she established with other women who could not find openings in day care facilities for their young children.

Amano had been asked in the past to present her views in the Diet based on her experience with child care issues.

In February, a number of opposition female lawmakers asked Amano to appear at the Upper House Budget Committee to discuss her proposal to do away with income restrictions concerning government assistance.

But when she began thanking the committee for allowing her to speak, a male voice blurted out, “Will you keep it short?”

That left her flustered, and she barely managed to get her points across.

A female lawmaker within the ruling coalition later phoned Amano to see if she was all right.

The lawmaker apologized for the discomfort Amano experienced but explained that such verbal abuse was common especially when a woman was asked to respond to questions.

When she was sitting in the Diet committee room awaiting her turn to speak, Amano said she clearly heard jeers that were not usually picked up by mikes for TV broadcasts.

Amano felt more female lawmakers were needed to cut down on such jeering and allow women to calmly state their policy positions.

In her push for female candidates, Amano is taking advantage of the fact that voters in Upper House elections cast two ballots.

The vote for prefectural districts requires writing down the name of the preferred candidate.

But there are options when casting the second ballot in the proportional representation constituency. A voter can write the name of their preferred party or the name of a candidate that party has fielded in that constituency.

The campaign by Amano asks voters to write the names of female candidates on the second ballot.

Amano’s group also sent out questionnaires to all female candidates in the proportional representation constituency asking their position on three issues: allowing married couples to choose which surname to use; allowing the over-the-counter sale of morning-after pills; and raising the age of consent.

Messages will be posted on social media recommending candidates who are in favor of all three changes.