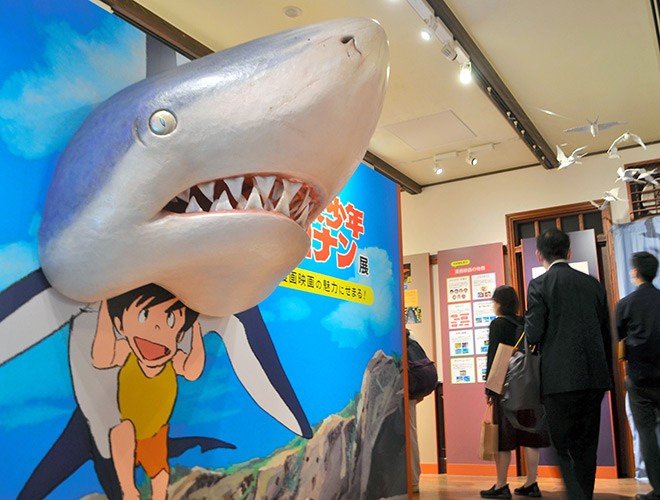 A sculpture of “Future Boy Conan” greets visitors at the entrance of the Ghibli Museum, Mitaka, in the western Tokyo city of Mitaka. (Kohei Kano)

A diorama of an island and models of vehicles featured in the work, as well as character model sheets and concept artworks, are on display to give a sense of the anime maestro’s genius in his early years.

“Future Boy Conan” aired in 1978 when Miyazaki was 37. It is set in a science-fiction universe popular at the time.

Although the characters often perform superhuman movements, their actions and expressions are portrayed in minute detail to provide a sense of realism.

Museum director Kazuki Anzai said she was fascinated by the series when she was a junior high school student.

“I remember I could hardly wait for the next airing,” she said. “It may be old, but we hope this exhibition gives visitors a chance to learn about the work brimming with touches of Miyazaki.”

Reservations are required for the event that runs until May 2023.