CPI increases by more than 2% for second straight month 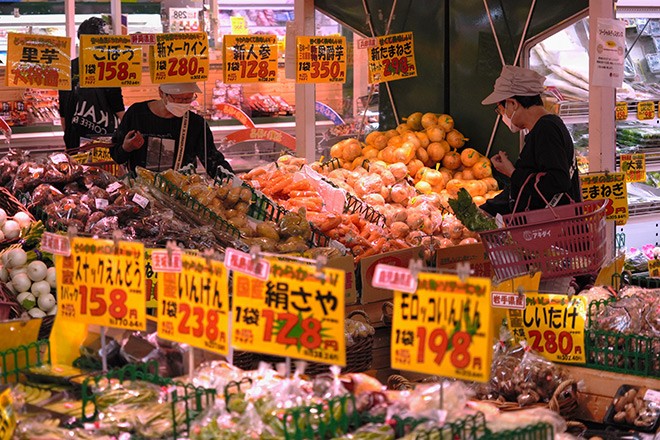 Vegetable prices are rising at many retail outlets. (Tetsuro Takehana)

For the second straight month, the consumer price index increased by more than 2 percent from a year earlier, the internal affairs ministry announced on June 24.

The ministry reported that the CPI for May increased by 2.1 percent over May 2021.

The surge in petroleum prices due to the military conflict in Ukraine led overall energy costs to increase by 17.1 percent, with electricity rising by 18.6 percent year-on-year, gas bills increasing by 17 percent and gasoline surging by 13.1 percent.

The weaker yen has caused a spike in imported materials used in food products. Excluding perishables, food prices at supermarkets and other retail outlets increased by 2.7 percent, while prices of all food products rose by 4.1 percent.