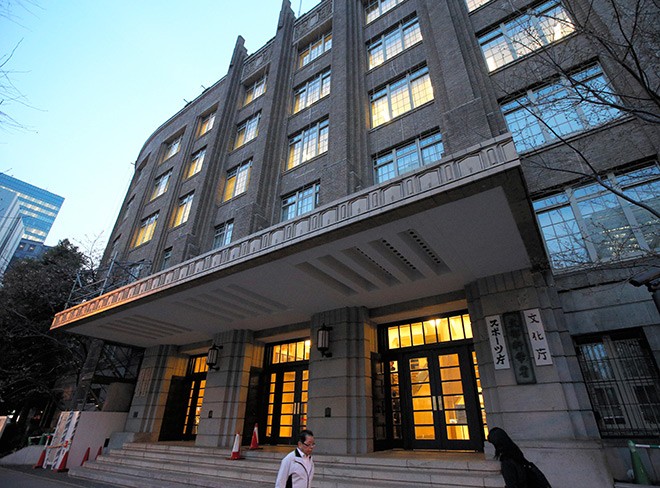 Almost 30 percent of third-year junior high school students have eyesight under 0.3 in the Japanese acuity scale, the education ministry said in a study published on June 23.

“I believe a major factor in the decline in the students’ eyesight is the habit they have developed since they were infants of watching anime or playing games on smartphones or other devices," said Noriyuki Azuma, president of the Japanese Association of Pediatric Ophthalmology.

The study says the older students get, the worse their myopia is.

The ministry will continue the study until the next fiscal year to determine whether the use of smartphones or information devices such as tablet computers, which students use for learning, damage students’ eyesight.

"They need to play outside and spend more time seeing farther away, or limit the time looking at screens," Azuma said.

Elementary and junior high school students’ eyesight have been declining for a long time.

To counter the trend, the ministry in the last fiscal year analyzed the data of 7,400 elementary and junior high school students, including whether or how students suffer from myopia or hyperopia and their lifestyles.

This was the first time the ministry analyzed such data.

It found that 25.5 percent of male third-year junior high school students and 35.6 percent of female students in the same year had eyesight of under 0.3.

By contrast, only 1 percent of boys in the first grade of elementary school and 1.6 percent of girls in the same grade had eyesight under 0.3.

It also found that 79.5 percent of boys and 78.8 percent of girls in the first grade in elementary school had eyesight of 1.0 or better.

However, the figures dropped to 42.4 percent and 35.1 percent among male and female third-year junior high school students, respectively.

The average axial length of the eyeball was 22.96 millimeters among boys in the first grade in elementary school and 22.35 mm among girls of the same grade.

This increased to 24.61 mm among male third-year junior high school students and 24.18 mm among female students in the same year.

The axial length is the distance between the top of the cornea and the rear part of the retina and is longer in people with myopia.

“The average axial length among adults is just under 24 mm, according to some data," said an expert who took part in the study. "Therefore, the students in their third year in junior high school were found to have relatively longer axial lengths.”

The ministry’s study analyzed the students' daily average use of smartphones or handheld games.

It found more than 20 percent of first-, second- and third-year students of junior high schools each day spent 120 minutes or more using such devices.

The ministry said it will analyze the relationship between myopia and the usage of smartphones or handheld games in its ongoing study.

(This article was written by Norihiko Kuwabara and Senior Staff Writer Asako Miyasaka.)