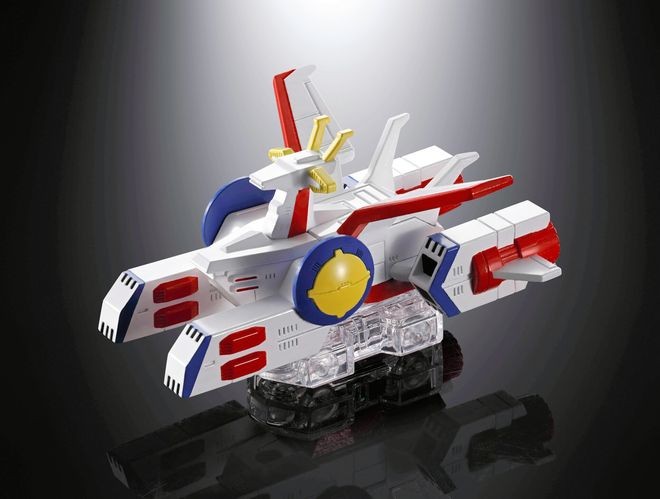 A Tomica die-cast toy vehicle modeled after the White Base from “Mobile Suit Gundam” ((c) SOTSU・SUNRISE) (Provided by Tomy Co.)

Tomy will release a Tomica die-cast toy car version of the White Base, a spacecraft carrier from the “Mobile Suit Gundam” anime franchise.

Bandai Spirits will reproduce the Liger Zero, one of the most well-known robots from Tomy’s Zoids ready-to-assemble toy series featuring dinosaurs and other creatures, under its Chogokin die-cast metal figure line.

The products, which will be released next year, were revealed June 16 during the International Tokyo Toy Show held at the Tokyo Big Sight convention center in the capital’s Koto Ward.

“I have always loved Gundam since I was a kid. Tomica cars are intended for children, but (the White Base version) probably will also prove popular among their parents,” said Akio Tomiyama, managing director of Tomy.

Bandai Spirits President Nao Udagawa said: “These are products filled with our passion to deliver something new through our collaboration. We hope people enjoy them.”

The collaborative toys will go on display at shops operated by the two companies from late July.

Tomy said it will offer a series of Gundam-inspired collaborative Tomica cars.