Heat records set as scores in Tokyo treated for heatstroke 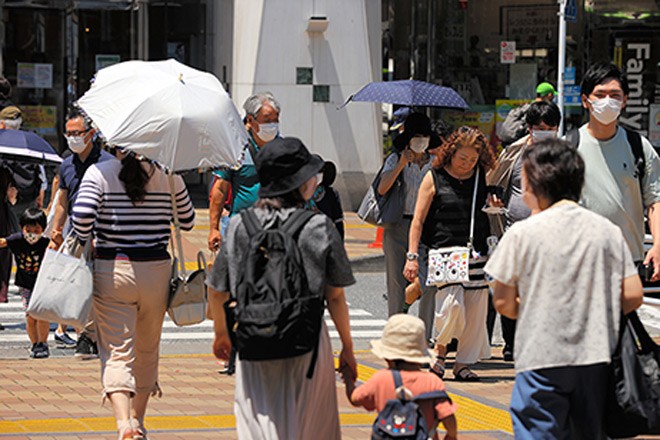 Much of Japan baked under scorching heat June 25 and the domestic record for high temperature was broken in Isesaki, Gunma Prefecture, when the mercury hit 40.2 degrees.

The previous record of 39.8 degrees for this time of year was set in Kumagaya, Saitama Prefecture, on June 24, 2011.

Tokyo Fire Department authorities reported that 62 residents in the capital had been rushed to hospitals by ambulance with signs of heatstroke as of 3 p.m.

A man in his 80s and a woman in her 50s were reported to be in a serious condition that required full hospitalization. Thirty-five cases involved people aged 70 or older.

Weather stations at nine locations in the capital clocked the highest temperatures this year at 3 p.m., according to the Japan Meteorological Agency.

Records for high temperature in June were broken in Ome, western Tokyo, at 38.3 degrees, Hachioji at 38.1 degrees, Nerima Ward at 36.8 degrees and Okutama at 35.3 degrees.

(Yuji Harada contributed to this article.)