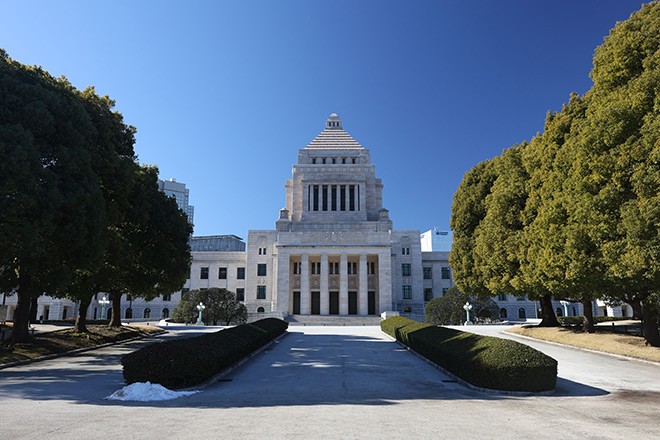 Of all the contenders running in the Upper House election next month, candidates of the ruling Liberal Democratic Party are the least supportive of the rights of sexual minorities and legally allowing married couples to use different surnames, a survey shows.

The LDP, led by Prime Minister Fumio Kishida, lags far behind other political parties in backing legislation to promote understanding of sexual minorities.

Just 40 percent of the party’s candidates running in the July 10 election are behind the prompt enactment of such legislation, according to the survey by The Asahi Shimbun and a team led by Masaki Taniguchi, a professor of political science at the University of Tokyo.

The survey found that 56 percent of the LDP candidates replied “neither” when asked if they support the legislation to promote the rights of sexual minorities.

For the survey, questionnaires were mailed to 545 candidates, and responses were received from 512, or 94 percent, by June 22, when official campaigning kicked off.

With regard to a proposed legal revision to allow dual surnames for married couples, 24 percent of the LDP candidates were in favor while 34 percent were against, the survey found.

Again, the LDP was the exception among nine major political parties whose share of opponents exceeded that of proponents on the issue.

More than 90 percent of candidates of each of the CDP, Komeito, Nippon Ishin, JCP, DPP, Reiwa and SDP endorsed legal revision.

On legalizing same-sex marriages, many parties showed a significant rise in support among their candidates, compared with a similar survey held prior to the last Upper House election three years ago.

For instance, the latest survey found the share of Komeito candidates backing the step surged to 75 percent from 58 percent.

Nippon Ishin chalked up a 54-percentage point increase while the DPP was up 23 points.

LDP candidates supporting the measure, however, rose to 14 percent from 9 percent.

The LDP, which has held almost uninterrupted power for decades, is slowly recognizing the importance of shifting to a society that embraces gender-related and other diversity issues, according to experts.

But it still stands out from the other parties in that most of its candidates are reluctant to demonstrate a firmer stance on such issues, the survey showed.