Hottest two days in June in Tokyo since 1975; 46 taken to hospital 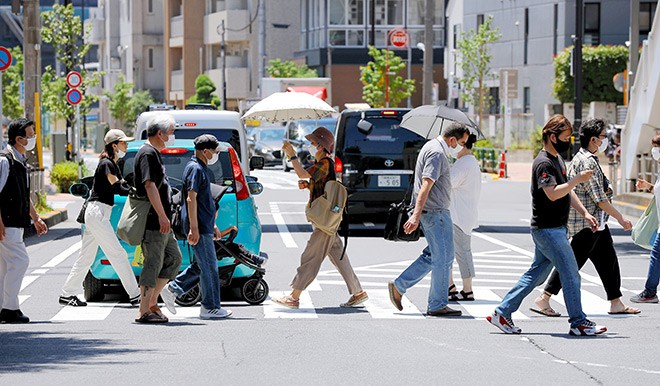 Temperatures in parts of Tokyo went above 35 degrees for the second straight day for the first time in June since 1975, when such records were first kept, the Japan Meteorological Agency said.

The mercury hit 36.4 degrees in Tokyo’s Nerima Ward on June 26. It was one of three sites in the capital to experience withering heat above 35 degrees for two consecutive days.

The Tokyo Fire Department said 46 people had been rushed by ambulance to hospitals as of 3 p.m. on June 26 with suspected symptoms of heatstroke.

A man in his 60s and a woman in her 80s were in serious condition, authorities said.

On June 25, a 94-year-old man in Kawagoe, Saitama Prefecture, was taken to a hospital but pronounced dead later, according to officials there. They said he fell ill in a room without air conditioning and apparently developed heatstroke.

On June 26, the central government for the first time this summer issued an alert warning of tight supply-demand of power in the region served by Tokyo Electric Power Co. on June 27 and urged businesses and homes to cut their energy needs between 3 p.m. and 6 p.m. that day.