VOX POPULI: Looking toward Australia to find ways to entice Japanese to vote 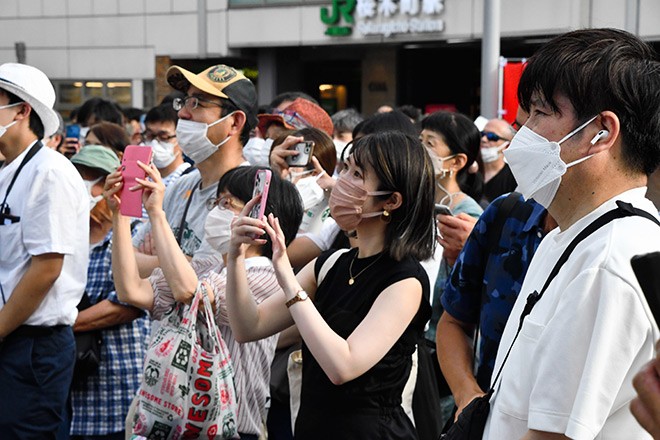 Voters listen to a campaign speech in Kanagawa Prefecture on June 26. (The Asahi Shimbun)

What first comes to mind when people hear the word “election” in Japan? Candidate posters or noisy campaign vans, perhaps?

I thought about the question while listening to a campaign speech in Tokyo on June 25, the first Saturday after official campaigning started for the July 10 Upper House election.

When I think about Australia, where the general election last month led to a regime change, my thoughts immediately go to freshly grilled sausages.

Called “democracy sausages,” they are prepared by volunteers near polling stations.

When I worked as a correspondent in the country, I made a point of eating them whenever I covered elections.

Put between slices of bread with onions, the sausages sell for about 500 yen ($3.71). Proceeds finance local welfare and other activities.

Both adults and children go to polling stations, looking forward to the sausages.

A local political scientist laughingly said sausages may be making the biggest contribution to keeping voter turnouts close to 90 percent.

In Australia, people are legally required to vote, but avoiding a fine is not the only reason for many to cast their ballots.

Going to the polls is part of the local culture and voters try to make it fun.

He also decided that Australia would participate, as an observer, in the first meeting of signatory nations to the Treaty on the Prohibition of Nuclear Weapons, which was held last week in Vienna.

The momentum and changes elections generate also seem to motivate voters to go to the polls in Australia.

In Japan, less than half of the eligible voters cast their ballots in the previous Upper House election.

During the campaign speech in Tokyo, political heavyweights came to support the candidate, and I wondered if the audience became more interested in casting their votes.

In a daze due to the heat, I wondered whether we could sell “takoyaki” octopus balls near polling stations here to entice people to vote. I felt embarrassed.