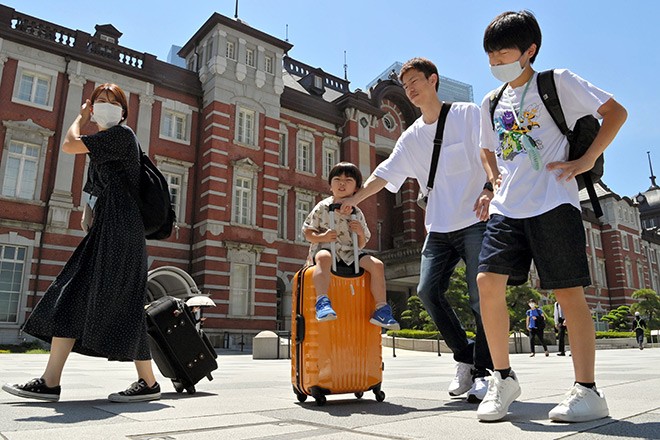 A heat wave in Japan continued on June 27 with several locations in Tokyo recording their highest temperature this year and a rash of heat-related hospitalizations reported in the capital as well.

A total of 80 people, aged 12 to 96, had been transferred to a hospital for suspected heat-related illnesses in Tokyo, except in Inagi and Tokyo's islands, as of 3 p.m. on June 27, according to the Tokyo Fire Department.

Five locations in Tokyo observed the highest temperature of this year, including Fuchu with 35.8 degrees, according to the Japan Meteorological Agency.

It was the first time for the capital to record a high temperature exceeding 35 degrees for three consecutive days in June.

As of 3 p.m., 490 locations out of 914 observation points nationwide recorded maximum temperatures higher than 30 degrees, the JMA reported.

Of the 490 sites, 64 reported temperatures higher than 35 degrees.

In the three-month forecast released by the agency on June 21, temperatures are expected to rise nationwide from July to September, except in the Okinawa and Amami regions, because of the La Nina effect that has continued from last fall.