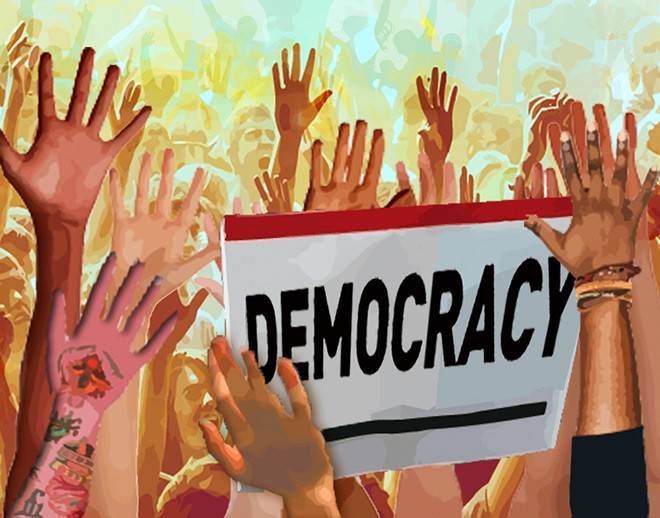 Editor’s Choice
a haiku about peace
in every issue
--Elena Malec (Irvine, California)

The haikuist knows what this column needs. Sakurako Sakai won the “Best of Seijo” haiku contest for knowing what students need to soothe their stressful lives.

They relieve tension
Falling cherry blossoms and
My mother’s smile

Runner-up among the 132 contestants who studied haiku in English for one week at Seinan Jo Gakuin, Moe Makimoto from Kita-Kyushu wrote about everyone’s favorite seasonal treat.

Special commendations were awarded by the dean of the English department, Malcolm Swanson, for two haiku about sunflowers. Hibiki Inoue wrote an uplifting verse, whereas Natalia Sen’s was mired deep in the soil of her native Ukraine.

summer is coming
sunflowers are looking up
giving me energy

Sweeney was reminded of someone in their grave in Misawa, Aomori Prefecture. Bluebonnets flower each spring as a visual marker of life in Texas. On May 24, Melanie Vance mourned the 21 shooting victims at Robb Elementary School in Uvalde, Texas.

His bluebells
came up
without him

spring is blue
in the Lone Star state
bluebonnets unfold

C.X. Turner paused to watch delicate blooms move as one thick swathe in an ancient woodland in Birmingham, England.

starting to turn
towards the light
bluebell wood

poppies
in a tender dance,
unnoticed by the world

Tony Williams experienced “the longest day” in Glasgow, Scotland, adding that because “the grass was as long as it gets, and the house had been vacated a long time back,” he felt compelled to take this extra-long look.

Chris Langer recorded the exchange of playful sounds by the Bosque river in Stephenville, Texas.

the ducks banter
laughter
by the river

Racheva praised natural art tracked in clay along the banks of the Danube: graffiti, feathers of birds along the river.

John Hamley heard a high-pitched whine then smacked himself in Marmora, Ontario, before writing this one-liner to explain what he was doing: Watching butterflies black flies biting.

Lev Hart wrote a “now you see it, now you don’t” themed haiku in Calgary, Alberta. Michal Nizgorski is content with what he has in Gdynia, Poland. Satoru Kanematsu commented on a spartan way of life.

Pat Davis took note of the food chain in Deerfield, New Hampshire. Fukuzawa stored away a bag of birdseed until next winter. Aaron Ozment shared a park bench in Kagoshima.

wolves
at their prey...
the impatience of crows

Rainbow postage stamp--
thanks letter from Canada
with poetic works

cumin seed
mystic flavour of childhood
in a candy pebble

traffic cones…
the scent of fresh asphalt
lingers in the heat

On vacation, Hamley turned to chat with a passenger.

Woman
in the back seat of a taxi
do I look Cuban?

Lee Nash was hoping to rest on the commute home from Poitou-Charentes, France. Keith Evetts was hoping to share a bottle of wine at home in Thames Ditton, U.K.

in the drawer
last time she saw it
my old corkscrew

Christopher Calvin asked for the impossible in Kota Mojokerto, Indonesia.

will you stay
just... a little bit longer?
summer solstice

Kanematsu sat down at sundown. Blumner lay down to reflect upon his day.

The next issues of the Asahi Haikuist Network appear on July 15 and 29. You are invited to send haiku about war and peace on a postcard to David McMurray at the International University of Kagoshima, Sakanoue 8-34-1, Kagoshima, 891-0197, Japan, or e-mail to (mcmurray@fka.att.ne.jp).