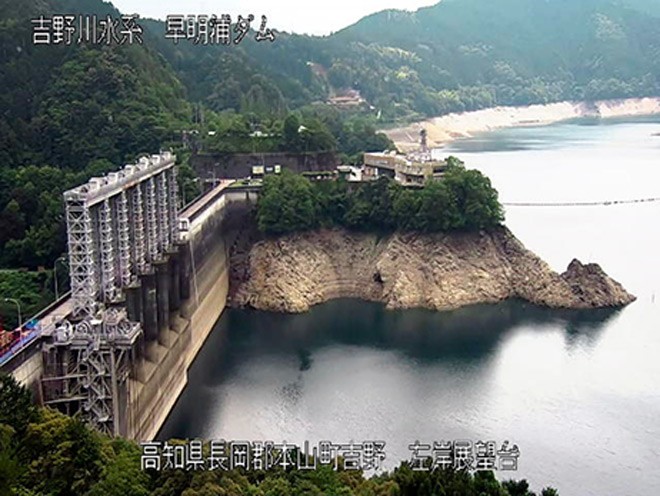 The extremely short rainy reason has raised concerns about possible water shortages this summer, a problem that could exacerbate the burden on people urged to conserve energy to prevent blackouts in the scorching heat.

From May 29 to June 25, rainfall along the Sea of Japan coast of eastern Japan was only 69 percent the level of average years, while in western Japan the figure was 78 percent, according to the Japan Meteorological Agency.

The low rainfall in western Japan has led to restrictions on water intake at dams.

The water level at Sameura Dam in Kochi Prefecture on the main island of Shikoku was at 35 percent of capacity. In normal years, the level at this time of year would be about 86 percent.

Rainfall in urban areas was also much lower than in average years. During the rainy reason, central Tokyo only received 59.0 millimeters of rain, compared with the season average of 127.5 mm.

“Compared with past data, this is an extremely rare level of low rainfall,” said Takafumi Umeda, who heads the severe weather information center under the JMA. “Drought measures should also be implemented in other areas.”

But he said precautions should still be taken for possible downpours because the rain front could temporarily return, even to areas where the rainy season is considered over.

And July in recent years has been known for torrential rains that have caused landslides and flooding.

While many parts of Japan continued to face sweltering heat on June 28, heavy rainfall was forecast in other regions.

For the 24-hour period until 6 p.m. on June 28, as much as 100 mm of rain was forecast for Hokkaido and the Tohoku and Hokuriku regions.

(Hidemasa Yoshizawa contributed to this article.)