Households that join programs to save power can earn extra points 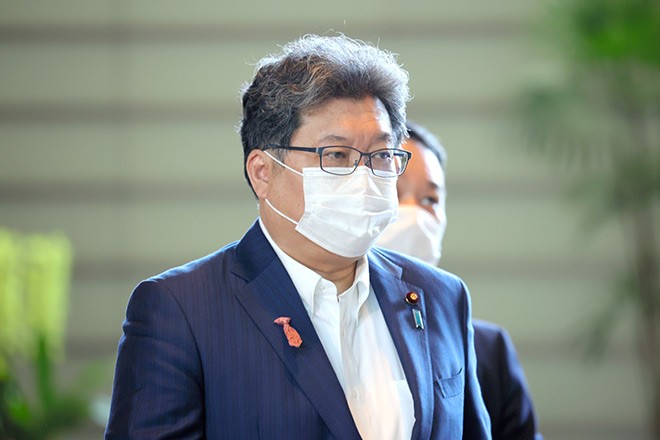 The central government will begin providing power-saving points worth 2,000 yen ($14.70) to households from August if they participate in programs implemented by utility firms.

Chief Cabinet Secretary Hirokazu Matsuno spoke of the plan at a news conference on June 28.

The government had announced the program as a measure to help households amid rising electricity prices, the day before campaigning for the July 10 Upper House election officially kicked off.

However, with the shortest rainy season in recorded history for most regions and scorching summer heat forecast, some lawmakers in the ruling and opposition parties criticized the plan.

“Elderly people refraining from using air conditioning could endanger their lives,” said a candidate of a ruling party in a stump speech.

“The government suddenly says it will give (points worth) 2,000 yen to households that save electricity. That cannot just be called politics,” the candidate said.

The opposition camp said, “The government should ensure a stable supply of power by urging more power generation, not asking people to save electricity.”

Utility firms have already implemented points programs; they are offering points to households based on the amount of electricity saved during hours when power shortages are expected.

The government said it will provide points worth 2,000 yen per household through utility firms for households that participate in the programs.

It also plans to add points to those already given by utility firms based on the amount of electricity saved.

However, the government has not yet clarified how it will finance the program nor how many points will be added.

The opposition said it will propose measures such as lowering electricity rates.

The government is most concerned about a power crunch this winter.

“It is important to create a system to proactively ask the public to save electricity in preparation for this winter, when severe power shortages are expected,” industry minister Koichi Hagiuda said at a news conference following a Cabinet meeting on June 28.

He stressed the need for a system that encourages power saving as supply shortages are becoming increasingly severe nationwide.

(This article was written by Keishi Nishimura and Junichiro Nagasaki.)