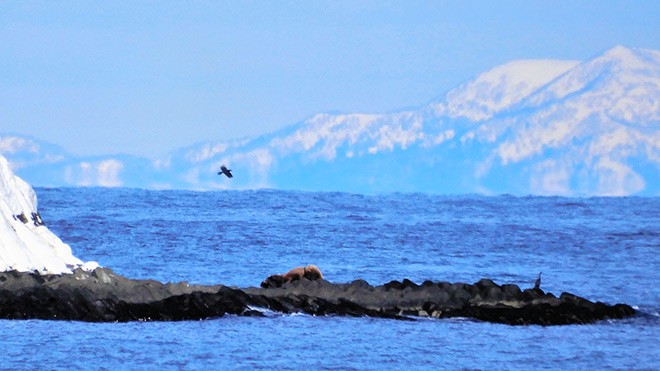 Russian authorities reported that the body of a man wearing a life jacket with the letters “Kazu” written on it had been found on the southern coast of Sakhalin, according to sources.

The Japan Coast Guard is working to confirm whether he was one of the missing passengers aboard the sunken Kazu I tour boat through diplomatic channels with Russia.

The Kazu I sank in rough seas off the Shiretoko Peninsula, eastern Hokkaido, on April 23 with 26 passengers and crew members aboard. Fourteen bodies have been recovered while 12 people remain missing.

The sources said that Russian authorities on June 28 notified Japanese government officials that the body of a man who is apparently Japanese had been discovered in Sakhalin’s Ozerskoe region.

His age is unknown, but he had a mobile phone, car keys and a wristwatch, according to the sources.

Russia previously reported in May that two human bodies had been found on Kunashiri island, part of the disputed Northern Territories. Russian officials told the Japanese side that DNA samples taken from the bodies matched those of two missing people who were aboard the Kazu I.