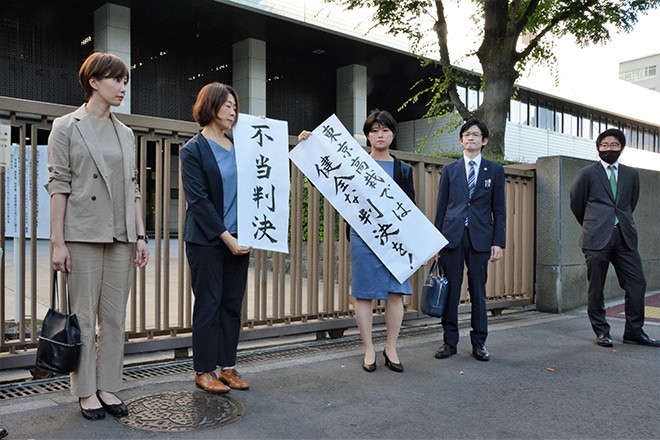 The operator of a sex business who was denied COVID-19 relief payments appealed a court ruling on June 30 that she says legitimizes and promotes discrimination against the sex industry.

The Tokyo District Court ruled that the government acted within its rights on deciding which businesses were eligible for state grants to tide them over during the novel coronavirus pandemic.

The court rejected the business operator’s lawsuit seeking about 4.5 million yen ($33,000) in unpaid grants and compensation.

In a statement issued after the decision, the plaintiff said the ruling was an attempt to give certain businesses a bad name and telling such business operators to “just give up because society will always be pointing its finger at you.”

In its ruling, the Tokyo District Court noted that businesses, such as restaurants and pachinko parlors, are required to obtain licenses under the amusement business control law. But sex businesses covered by the law are only required to notify local authorities about plans to start operations.

According to the ruling, the difference in requirements was based on the thinking that sex businesses “went against sexual ethical concepts shared by a large majority of the public. Thus, it was inappropriate for the government to publicly recognize such businesses by granting them licenses.”

The court concluded that the government had the discretion to exclude sex businesses from the COVID-19 grant program based on its thinking that it was under no obligation to use public funds to support the continued operation of these businesses.

Daichi Iwakiri, a constitutional law professor at Tokyo’s Rissho University, raised doubts about the court’s reasoning that providing government grants would be the same as publicly recognizing sex businesses.

The plaintiff had argued that exclusion of her business from the grant program violated Article 14 of the Constitution, which guarantees equality under the law. She also said exclusion encouraged prejudice against certain businesses.

“The court’s reasoning against the plaintiff’s argument was inappropriate because it defined (sex businesses) as being in a position ‘that went against ethical concepts,’” Iwakiri said.

(This article was written by Kyota Tanaka, Takuro Negishi and Yuri Murakami.)