Nissan partially discloses pact with Renault to steer off criticism 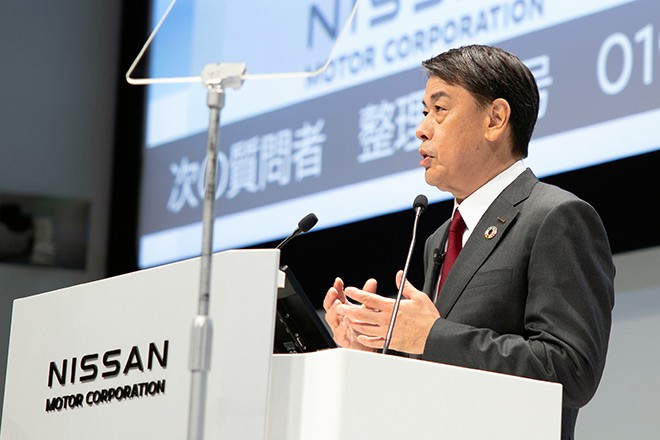 Nissan Motor Co. released part of its alliance agreement with Renault SA to the public for the first time on June 30 to dispel concerns that it puts the Japanese automaker at a competitive disadvantage.

Details disclosed from the Restated Alliance Master Agreement (RAMA) show an unequal capital relationship between Nissan and its top shareholder, Renault. But it also reveals that the agreement was revised to offer Nissan greater autonomy.

“We wanted to show that Nissan is not being exploited (by Renault), even if the agreement gives Renault an advantage in our capital relations,” said a Nissan executive.

After forming a capital alliance in 1999, Nissan and Renault entered into an agreement that sets out the rules for their partnership. In 2002, the two automakers signed the RAMA to replace the agreement and then revised it in 2005, 2012 and 2015.

Nissan had in the past refused to disclose the document, citing the need to maintain the confidentiality of the agreement.

But some began accusing the RAMA of being partly responsible for the financial misconduct scandal that hit the Japanese automaker when Carlos Ghosn was chairman of Nissan and Renault.

At Nissan’s general shareholders meeting last year, some investors submitted a shareholder proposal demanding the disclosure of the RAMA, but the automaker rejected it.

A source at Nissan said the Financial Services Agency instructed the automaker to make the agreement public. In response, Nissan partially disclosed it “to the extent that it does not breach confidentiality” to protect the interests of minority shareholders, according to the source.

The disclosed parts of the agreement show Renault can raise its stake in the Japanese automaker up to 44.4 percent, while Nissan can only own up to 15 percent of the French carmaker, in principle.

The RAMA also allows Renault to increase its stake in Nissan beyond 44.4 percent if another corporate or individual investor acquires 20 percent or more of the Japanese automaker.

But the document also has clauses that ensure Nissan’s autonomy as long as its alliance with Renault remains stable.

One provision prohibits Renault from making a shareholder proposal without permission from Nissan, while another requires the French automaker to approve proposals by Nissan for changes in its senior management.

When the RAMA was revised in 2015, a new clause was added to allow Nissan to raise its stake in Renault at its own discretion if the French automaker violated the Japanese automaker’s guidelines.

(This article was written by Takuro Chiba and Junichi Kamiyama.)