EDITORIAL: KDDI needs to answer the call to be a vital part of infrastructure 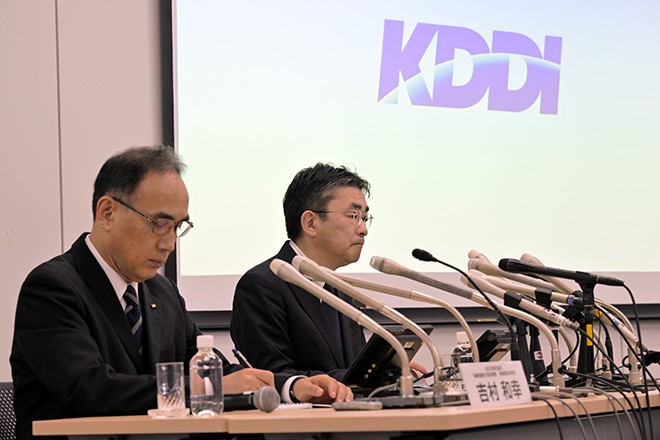 It took KDDI Corp. nearly three days to bring its service back to the state of being “almost restored” after a large-scale telecommunications network failure.

The disruption of KDDI’s wireless service came less than a year after a similar system outage hit NTT Docomo Inc. in October.

That such broad disruptions of key infrastructures occurred one after another should be taken very seriously.

KDDI needs to pin down the causes of the breakdown and make all-out efforts to prevent a recurrence.

The outage affected up to 39.15 million lines, according to KDDI. It took some 40 hours to fix the network, but the connection continued to be unstable.

Users were unable to make 110 or 119 emergency calls. The failure also affected distribution, banking and other services.

Besides the widespread use of smartphones, expansion of 5G (fifth generation) wireless services is driving the trend toward connecting everything to the internet, from home appliances to cars and medical services.

Telecommunications companies that have been leading the trend are saddled with greater responsibilities.

KDDI’s official website carries the message of President Makoto Takahashi saying, “Our business is highly public in nature and linked directly to our customers’ lives.”

The company should ruminate afresh on these words.

It is a tall order to completely prevent glitches in a large-scale system. But measures could have been taken to limit the scale of damage and restore the service quicker.

Following the disruption in Docomo’s service last autumn, the communications ministry conducted emergency inspections of the systems operated by three other major carriers, including KDDI.

The ministry’s council for inspections of telecommunications accidents also analyzed the causes of Docomo’s case and shared related information.

At a July 3 news conference, Takahashi said the company made a fresh review of the design of its network after Docomo’s failure based partly on the ministry’s opinions.

But he said the review failed to solve the problem that caused the latest glitch, adding, “I don't think we have been rigorous enough.”

Telecommunications companies and the ministry, let alone KDDI, should reassess the effectiveness of the way they glean lessons from past incidents.

The way KDDI provided information about the disruption to users was also flawed as is the case with Docomo.

KDDI updated related information on its website every hour, but the information did not increase quickly.

Many users must have been unable to access the site in the first place due to the breakdown.

Especially serious about the failure is that it blocked 110 and other emergency calls.

The Fire and Disaster Management Agency urged KDDI users to use a fixed-line phone or rush to a nearby fire department in the event of an emergency.

But there were cases where transport by an ambulance could have been delayed, according to the agency. It was a hazardous situation that could have led to fatalities.

How to secure a connection to emergency response services during disasters was a challenge that was discussed following the 2011 Great East Japan Earthquake.

If mobile telephony, which is supposed to increase the convenience for users, undermines the reliability of basic infrastructure for society, serious questions will be raised concerning the order of priority.

The communications ministry needs to accelerate its efforts to make the lines for emergency calls less vulnerable while taking safeguard measures, such as maintaining a certain level of public phone services.