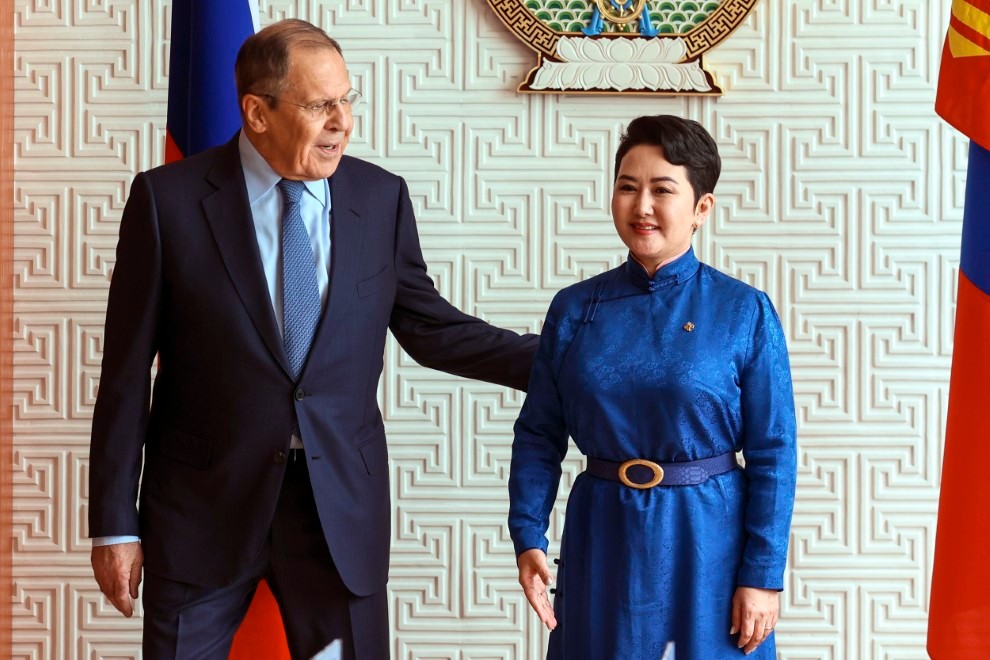 BEIJING--Russian Foreign Minister Sergey Lavrov met with leaders in Mongolia on Tuesday during a trip to Asia to seek support amid his country’s diplomatic isolation by the West and punishing sanctions leveled over its invasion of Ukraine.

Mongolia is a landlocked nation sandwiched between Russia and China and has sought to maintain friendly relations with both neighbors while also cultivating close ties with the U.S., whose relations with Moscow and Beijing have become increasingly fraught.

Mongolian and Russian state media gave no details of any specific discussions about the Ukraine conflict, while emphasizing strong bilateral relations. The two sides have signed a series of trade agreements, and a pipeline carrying Russian natural gas to China is being built through Mongolian territory.

He was quoted by the Russian state news agency Tass as saying that the West is seeking to turn Ukraine “into an openly Russophobic, neo-Nazi state, a military foothold” that would threaten Russia’s security.

He said he had informed the Mongolians “in detail” about what the Kremlin calls a “special military operation” in Ukraine.

“We are interested in making the facts about how the representatives of the Kyiv regime behaved and continue to behave in Ukraine available to the broad world community," Lavrov said.

“Unfortunately the West is doing everything to block the work of the media, which provide objective information about what is happening,” he said, without offering any evidence.

Russia’s government has blocked access to multiple independent domestic and foreign news outlets in the country over their coverage of the war in Ukraine and has forbidden its citizens from describing its aggression as an invasion.

Russia has falsely called the war a campaign to “de-Nazify” Ukraine--a country with a democratically elected a Jewish president who wants closer ties with the West.

Lavrov was to travel to Vietnam later Tuesday for a two-day visit, according to the Vietnamese government’s official website.

The visit comes as the two countries mark 10 years since they expanded their relationship to a comprehensive strategic partnership. Russia was a close backer of Hanoi’s Communist government during the Vietnam War against the capitalist south and its American and other Western allies.

Later in the week, Lavrov is scheduled to attend a meeting in Indonesia of foreign ministers from the Group of 20 leading rich and developing countries.