Survey: Voters divided on whether to revise Constitution 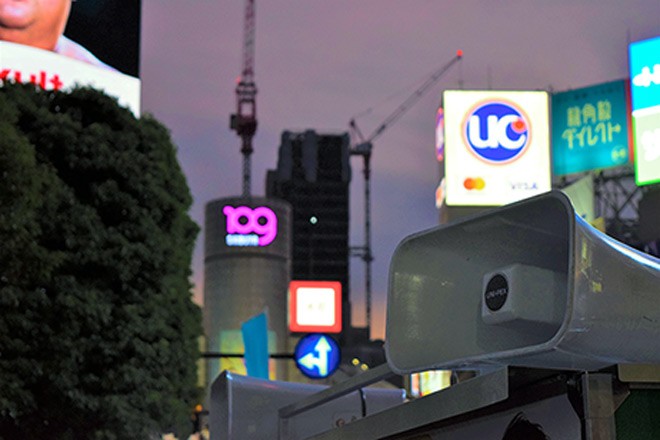 Campaign vehicles for the July 10 Upper House election converge near the Hachiko statue outside Shibuya Station in Tokyo on July 2. (Shoko Mifune)

Proponents of revising the Constitution will likely hold enough Upper House seats required to initiate the process for such changes, but voters remain split on the issue, an Asahi Shimbun survey showed.

One focus is whether proponents of constitutional revision will occupy two-thirds, or 166 seats, in the Diet chamber after the votes are counted.

The ruling Liberal Democratic Party is eager to discuss what would be the first changes to the postwar Constitution since its enforcement in 1947.

Junior coalition partner Komeito is expected to go along with the LDP’s plan. And opposition parties Nippon Ishin (Japan Innovation Party) and the Democratic Party for the People have also expressed an eagerness to hold talks on changes to the Constitution.

According to the survey, the four parties, which together hold 84 uncontested seats in the upper chamber, are projected to win at least 80 seats in the election. If these parties win 82 seats, the two-thirds majority would be established.

Approval by two-thirds of lawmakers in both Diet chambers is required to initiate any revision to the Constitution.

If the Diet approves the proposed changes, a national referendum would be held on the revisions.

The nationwide survey of voters showed that constitutional revision is not a particularly high priority for the public.

The survey showed that 36 percent of voters are in favor of constitutional revision under the administration of Prime Minister Fumio Kishida, while 38 percent of respondents oppose such amendments.

According to the survey, 54 percent of voters who said they would pick the LDP in the proportional representation part of the election are also in favor of revising the Constitution.

Opponents of constitutional revision made up 70 percent to 80 percent of voters who chose the main opposition Constitutional Democratic Party of Japan or the Japanese Communist Party.

Uncertainty over the issue was evident among voters who chose Komeito. Thirty-eight percent were in favor of changes, 33 were opposed, and around 30 percent said “other.”

Overall, 39 percent of respondents are in favor of doubling Japan’s defense spending within the next five years, while 42 percent were against the increased spending proposed by the Kishida administration.

Fifty-five percent of respondents who favor larger defense budgets said they would vote for the LDP in the proportional representation segment of the election.

That ratio is larger than the 45 percent of all survey respondents who said they would vote for the LDP.

Nippon Ishin received the second most support from those in favor of increased defense spending, at 15 percent.

Even among respondents who are against increased defense spending, 34 percent said they would vote for the LDP, the largest group, followed by 19 percent for the CDP.

Voters across Japan were contacted for the survey on July 4 and July 5 through landline and mobile phone numbers selected at random by computer.

Among the 9,207 households with at least one eligible voter contacted through landline numbers, 5,244, or 57 percent, gave valid responses.