Ex-minister asks that women be ‘more tolerant’ of men, marriage 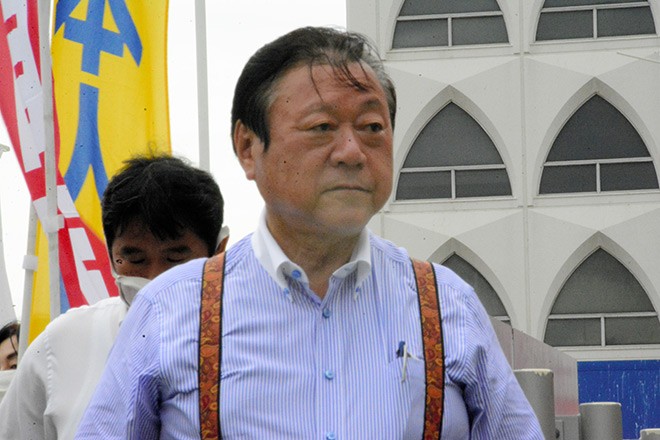 Former Olympics minister Yoshitaka Sakurada found himself in hot water again for another controversial remark asking women to be “more tolerant” of men who want to get married to tackle the falling birthrate.

Sakurada, 72, is a Lower House member of the ruling Liberal Democratic Party.

He said Japan’s falling birthrate is “a serious problem,” in a stump speech in front of Kashiwa Station in Chiba Prefecture on July 5.

He said there are an increasing number of men and women who remain unmarried.

He continued: “I would be grateful if women would be more tolerant of men. I know that’s a bit of a controversial remark, but that’s what men think. Please understand us.”

Kenta Izumi, head of the Constitutional Democratic Party of Japan, on July 6 criticized Sakurada's remark, saying, "Outdated thinking is rampant in the LDP."

"Similar remarks have been repeatedly made by LDP lawmakers," he told reporters in Osaka. "They believe 'men should work out of home and women should stay inside' and 'women should just obey men.'"

Sakurada came under fire in May 2019 for making another remark about women at a party for an LDP Upper House member in Chiba Prefecture.

“I would like to ask women to have at least three children,” he said, referring to the falling number of births in Japan.

He later issued a statement.

“I made such a remark because I thought it’s important to create an environment where women can have children with their minds at ease and raise them,” he said. “I did not intend to force women to do so or hurt anyone.”