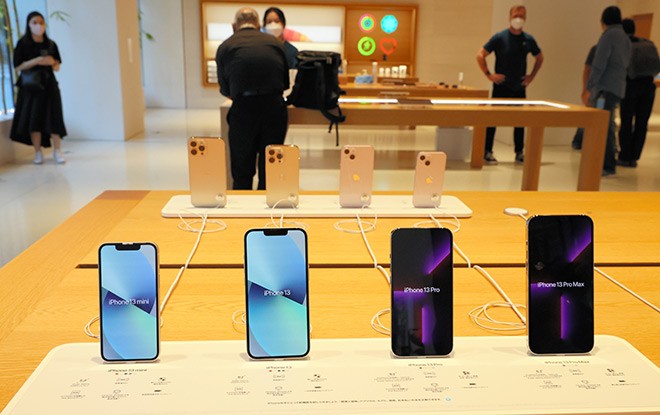 Apple Inc. raised the prices of its popular iPhone, along with many other products, on its website on July 1, confusing home electronics retailers in Japan who had no advance warning.

Nojima, a Yokohama-based company that operates a major consumer electronics store chain, has had to cancel orders made on the company’s website on July 1 or after.

“We deeply apologize to our customers who have made an order,” a Nojima representative said.

The company has also had to cancel some of the orders made on June 30 or prior to that date, a representative said.

Some customers expressed their confusion on social media, with one posting, “The store unilaterally canceled my order even though I made a credit card payment.”

Nojima said it did not receive an advance notice about the price increase.

For the orders made on June 30 or before, Nojima said it asked Apple to honor the price, but the company said it could not.

Nojima, therefore, had no choice but to cancel online orders based on the rules and regulations of its website, the company said.

Nojima will discuss what to do with the orders made on June 30 or before, it said.

Another retailer said some people placed an order during the several hours it took to reflect the price increase of Apple products on its website.

The retailer said it will honor the original price for orders made before the price hike was posted.

Another retailer saw a single account make a last-minute purchase of dozens of iPhones before the site updated the new prices.

The retailer said it canceled the orders because it suspected the buyer had planned to resell the iPhones.

The Asahi Shimbun asked Apple for an interview, but the company has yet to respond.

Rakuten Mobile Inc. announced on July 6 that it will gradually increase the prices of most of the iPhone models the company sells on its Rakuten Ichiba online shopping mall, as well as at retail stores and on its official website.

Apple held 49.7 percent of the volume of domestic smart phone shipments in fiscal 2021, according to MM Research Institute Ltd.

As of July 2021, 54 percent of people purchased mobile phones at stores for mobile carriers and low-cost smartphone businesses, while 12.3 percent purchased a mobile phone at home electronics retailers.

NTT Docomo, KDDI Corp. and SoftBank Corp. said they had not decided about the price increases as of the morning of July 6.

But it is possible they will review the prices.

(This article was written by Hideaki Sato and Ayumi Sugiyama.)