Former Prime Minister Shinzo Abe is shot during a stump speech in front of Yamato-Saidaiji Station of the Kintetsu Line in Nara on July 8. 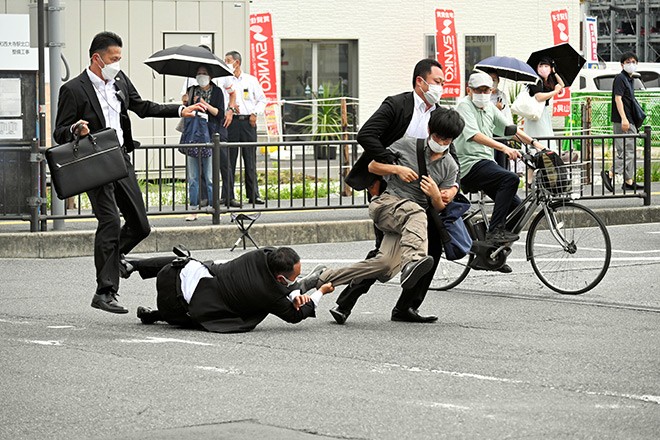 NARA--Former Prime Minister Shinzo Abe was shot here while giving a campaign speech on July 8 and rushed to a hospital in a state of cardiac arrest.

Police have arrested Tetsuya Yamagami, 41, of Nara on suspicion of attempted murder and seized the weapon believed used in the shooting, investigative sources said.

Abe was giving an Upper House election campaign speech in front of Yamato-Saidaiji Station of the Kintetsu Line at around 11:30 a.m. on July 8 when two shots were heard. Police sources said Abe was rushed to a hospital in a state of cardiac arrest after he was twice shot in the back.