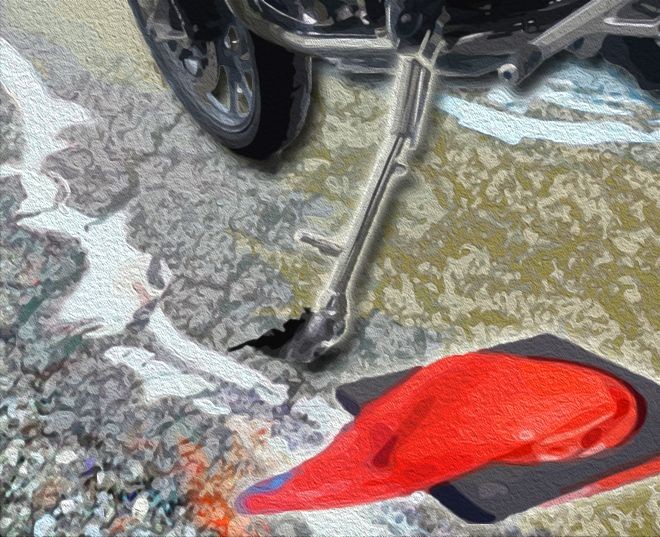 a sudden breeze
bells take me back
to where I have never been
--Padraig O’Morain (Dublin, Ireland)

an unexpected
ceiling fan in the gutter--
the sound of crickets
--J.D. Nelson (Lafayette, Colorado)

The haikuist started a lucky day. Mario Massimo Zontini might have misread his morning horoscope in Parma, Italy.

Murasaki Sagano recalled when her mother spent a little extra from the family budget to make a lunch memorable in Tokyo. Satoru Kanematsu visited Nagoya Castle.

celebrating
all the small wins
forget-me-nots

Mio Sekiguchi was thrust into the limelight during her creative writing class at Hokusei Gakuen University in Sapporo.

Megumi Okuda was a finalist in an English haiku contest at Seinan Jo Gakuin University in Kita-Kyushu.

almost home--
a flock of geese
fly away

Guzman’s heart pumped in sync with a throbbing red-colored moon. Her haiku suggests that the moon has a warm and yielding heart at its core. This idea concurs with laser beam experiments revealing how gravitational tugs from Earth move the moon’s surface in and out.

blood moon--
in the silent night
my heart beating

Sagano was enchanted by the eyes and long fingers of dance performers. Archie Carlos eyed his favorite dessert from the Philippines.

Bali dance
vibration of gamelans
to my fingers

halo-halo
a taste of the rainbow
on a hot day

Melanie Vance wrote this one-liner while gazing at the far horizon from under her bedspread in Dallas: ma’s bluebonnet blanket the color of Texas sky and sea.

Kanematsu took note of a horizontal band of blue over a band of yellow, so he dedicated his haiku to the enduring Ukraine flag. Nani Mariani whirled around Melbourne, Australia. Sagano found a moment of respite in Tokyo. In pale sunlight, Luminita Suse ironed summer clothes for a haiku that was originally printed in the “Haiku Society of America Members’ Anthology.”

Sunflowers
grief out of mind
for the time being

Judith Gorgone adopted some respectful manners from her time living in Kobe.

Kanematsu was bothered by tiny gelatinous deposits floating across his field of vision. His nearsightedness was also tested by the tessellations drawn by Maurits Cornelius Escher (1898-1972).

Tzetzka Ilieva got down on her hands and knees on the longest day of the year in Marietta, Georgia.

not long enough
to find a four-leaf clover--
solstice day

clearing debris
in my orbit--
year of the tiger

Brinzaru shielded her eyes. Florin Golban looked out from his balcony.

the sleet, or
the death of sakura petals?
the same brightness

Orion and I
on the balcony
winter sky

Orihara reminds readers that “the term Far East Asia is a Western perspective, viewed from the universe it’s nothing but a dot on the blue planet.”

just a dot
from the spaceship
Far East Asia

Lee Nash relaxed on the patio at home in Poitou-Charentes, France: apero I set off the windchimes.

Robin Rich might have fallen asleep on the side of a hill in Sussex, England.

The next issue of the Asahi Haikuist Network appears on July 29. Readers are invited to send haiku about vegetable oils--sunflower, olive or coconut--on a postcard to David McMurray at the International University of Kagoshima, Sakanoue 8-34-1, Kagoshima, 891-0197, Japan, or by e-mail to (mcmurray@fka.att.ne.jp).