VOX POPULI: Mori Ogai’s life demonstrates no one can see the end to all roads 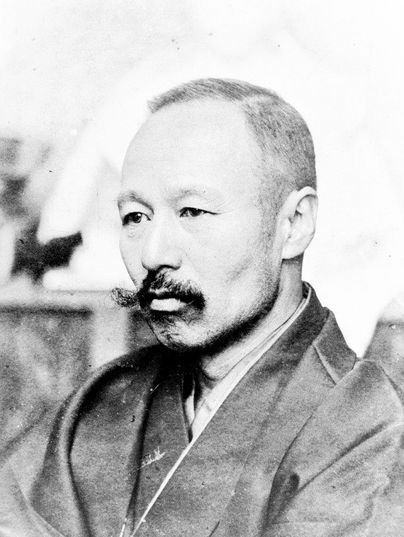 Throughout history, people have experienced dismay in seeing their successful careers slide out of control.

One well-known example is scholar and politician Sugawara no Michizane (845-903), who is revered today as a god of learning.

"Everyone at my place of work is saying that my transfer was a demotion," Mori wrote to his mother in a letter in 1899.

The would-be literary great was a 37-year-old Imperial Japanese Army surgeon who'd just been transferred to a post in Kokura in the Kyushu region.

The transfer was the last thing he wanted. It was ordered by his superior, who happened to be his former classmate at medical school, where Mori was always the better student.

He considered quitting the army, but fellow army surgeons advised against it. "Your superior wants you out, so if you quit, you'd be playing right into his hands," they said.

Thus, albeit with great reluctance, he accepted the transfer to Kokura, where he was appointed head of the medical corps of the army’s 12th Division. His outlook on life began to change there.

The biggest turning point came from his meeting a learned Buddhist monk by the name of Tamamizu Shunko, according to Hideko Imagawa, 71, director of the Kitakyushu Literature Museum.

"The monk chose to live in a rundown temple, impervious to society's constraints. He and Ogai became lifelong friends," Imagawa said.

During his stint of two years and nine months in Kokura, Mori devoted his off-duty hours to translating Hans Christian Andersen's "The Improvisatore" into Japanese and studying French.

He also visited and researched the tombs of warlords and scholars throughout Kyushu, and started embracing the value system of the common folk. His diary from that era reveals his humble self-reflection.

This month marks the 100th anniversary of his death at age 60.

I retraced on foot his daily commute route from his former residence in Kokura to the army division’s headquarters. I crossed a bridge named after him and stood before a plaque engraved with lines from his works.

His stint in Kokura may have appeared at the time to be a detour in life, but without it, I thought, he might not have produced works with exquisite depth, such as "Gan" (The Wild Geese), "Takasebune" (The Boat on the Takase River) and "Shibue Chusai."