Running out of cash, Yamagami decided in early July to kill Abe 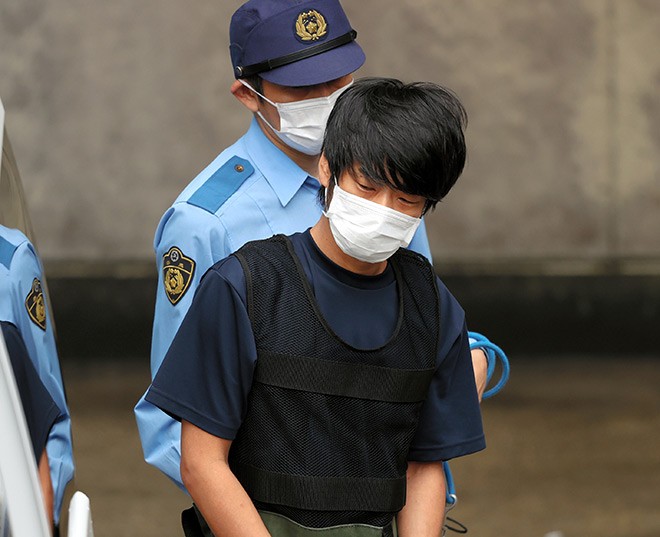 Tetsuya Yamagami told investigators he made his mind up in early July to go ahead with his plan to kill former Prime Minister Shinzo Abe because he was quickly running out of money and expected to die soon.

According to investigative sources, Yamagami told Nara prefectural police investigators that he wanted to kill Abe before dying himself.

Yamagami, 41, fatally shot Abe on July 8 while he was giving a campaign speech in Nara. Yamagami was arrested on suspicion of murder and his case is now in the hands of prosecutors.

Yamagami last held a job in May when he was still registered with a personnel dispatch company based in Osaka Prefecture. He worked at a warehouse in Kyoto Prefecture, but asked to quit in April because of health problems. He formally left the Osaka company on May 15 and had zero income thereafter.

Yamagami told investigators that he bore a deep grudge against the Unification Church, formally known as the Family Federation for World Peace and Unification, because his life became unbearable due to his mother's large donations to the church.

According to church officials, Abe sent a video message to an event held by a friendship organization of the church in September 2021.

His message was made available online.

“I watched the message this spring,” Yamagami was quoted as telling investigators.

Yamagami also said he felt Abe had ties to the church because his grandfather, Nobusuke Kishi (1896-1987), a former prime minister, allowed the Unification Church to set up an arm in Japan, sources said.