International peace forum to be livestreamed in English for free 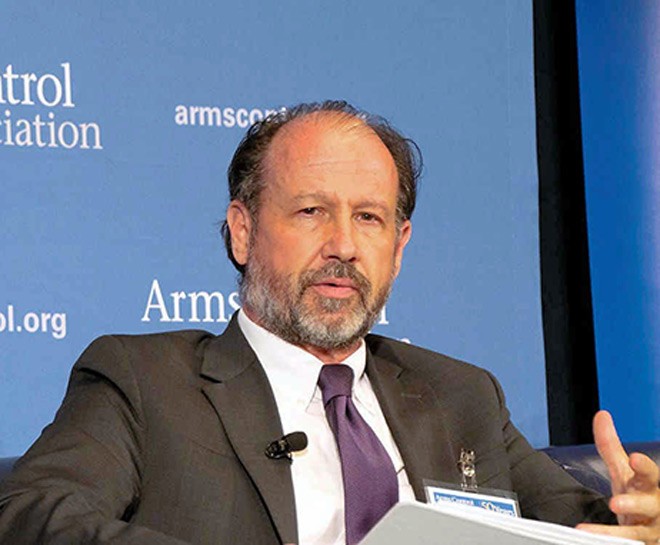 Free livestreaming in English will be offered for a symposium on the abolition of nuclear weapons jointly sponsored by The Asahi Shimbun, the Nagasaki city government and the Nagasaki Foundation for the Promotion of Peace.

This year's International Symposium for Peace, “The Road to Nuclear Weapons Abolition: To prevent the ‘end’ of the world,” will be held on July 30 from 10 a.m., Japan time.

The English livestreaming can be accessed at the following URL: https://youtu.be/k80HSwG8YCg from immediately before the start of the program.

This year marks the 77th anniversary of the United States dropping atomic bombs on Hiroshima and Nagasaki. With the Russian invasion of Ukraine in February, the threat of the use of nuclear weapons again has increased.

The keynote speech will be given by Daryl G. Kimball, the executive director of the U.S. think tank Arms Control Association.

He will be joined in the subsequent panel discussion by Kim Suk-hyun, a senior researcher at South Korea’s Institute for National Security Strategy; Kazuko Hikawa, a professor knowledgeable about nuclear disarmament at Osaka Jogakuin University; Fumihiko Yoshida, director of the Research Center for Nuclear Weapons Abolition (RECNA) at Nagasaki University; and Masako Wada, an assistant secretary-general at the Japan Confederation of A- and H-Bomb Sufferers Organizations.

Asako Tsuji, 26, a creative director involved in trying to resolve social issues, and Mitsuhiro Hayashida, a third-generation hibakusha and specially appointed researcher at RECNA, will take part in a dialogue session in the afternoon.