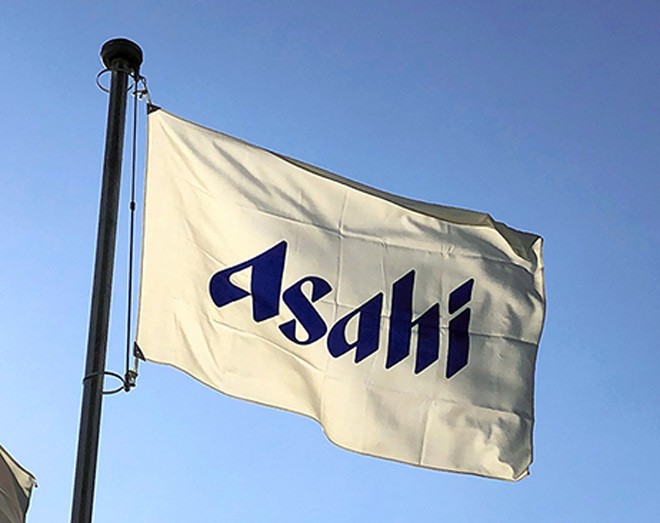 Asahi Breweries Ltd. has joined other major Japanese beer companies in halting their use of so-called “campaign girls” in their beer sales promotions in the wake of the pandemic and the changing times.

“In the past two years, they were unable to do their primary activities," said an Asahi representative. "In the aftermath, we made a comprehensive evaluation and decided to pass on the hiring of (a model) starting next year.”

In the past, major beer companies hired poster girls and featured them, often in a swimsuit, in their advertising campaigns.

They would travel across the country and participate in events to sell the company’s beer products to consumers.

Some of the models have become famous actresses and talents.

Asahi hired its first such model in 1987, when the company started selling its flagship beer, Super Dry.

The model was called an “image girl,” and her term was one year.

Tomoko Yamaguchi, now an actress, was hired to be the first image girl, followed by other talents, such as Norika Fujiwara in 1994, Haruka Igawa in 2000 and Aki Higashihara in 2003.

To promote the Asahi brand and new products, the campaign girls would visit TV stations nationwide, throw the ceremonial first pitch at a baseball game and do a photoshoot for a poster, posing in a bikini on the beach.

In 2004, the company stopped featuring them in swimsuits, opting instead to have them wear something blue, the company’s signature color.

The COVID-19 pandemic hindered the image girl's activities, and Asahi postponed new hires in 2021 and 2022.

Now, Asahi has decided to end the practice, citing the pandemic’s impact and changing consumer attitudes.

Sapporo Breweries Ltd. has not hired such a model since 2019.

The companies said consumers have started drinking a wide variety of alcoholic beverages, not just beer, forcing the beer companies to shift their advertising strategies.

In recent years, some people have criticized beer companies for featuring women as campaign girls in their advertisements.