People born into Unification Church speak out about hardships 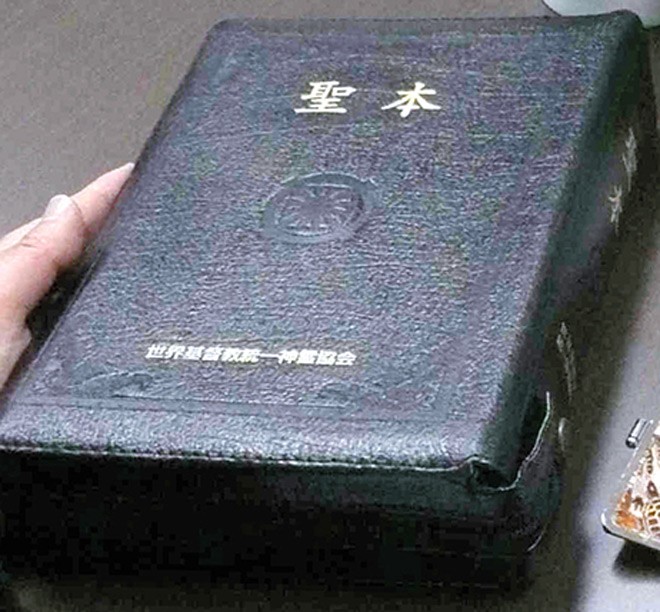 Children of followers of the Unification Church have begun speaking out about how they endured difficult and confusing childhoods plagued by financial difficulties and strict rules.

The religious organization is in the spotlight following the shooting of former Prime Minister Shinzo Abe as the man suspected of killing him, Tetsuya Yamagami, harbored strong resentment against the religious group as he thought his mother’s large donations to it plunged his family into economic ruin.

Yamagami, who was arrested on suspicion of murder for the July 8 attack in Nara, believed Abe was close to the group, formally named the Family Federation for World Peace and Unification.

A woman in Tokyo in her 30s has been sharing her own personal experiences and feelings on her Twitter account because she feels society should have a better understanding of what it was like growing up in a family that zealously followed the teachings of the organization.

She was born to parents who married in one of the Unification Church’s mass weddings and grew up in an apartment building where many other followers lived. The followers lionized children like her who were born within the faith.

She would wake up every day at 5 a.m. to kneel and pray in front of a portrait of the group’s founder, Sun Myung Moon.

The woman remembered feeling superior to others when she attended elementary school because she lived a “special” life.

But soon after she entered high school, she became confused when she realized others did not share her belief system.

“I became unable to tell which side was correct. What society said was right was completely different from the values the Unification Church teaches,” she said.

She came to feel uncomfortable about what her parents continued saying: “Satan is in the outside world.”

The woman and her parents clashed fiercely when she began seeing a man who had no religious affiliation.

Her mother was outraged that her daughter was “tricked by Satan,” and even called her boyfriend’s home to protest.

The woman eventually married a different man, who is also not a follower, although they never had a formal ceremony. Her parents did not accept her decision and refused to ever meet her husband.

“It is distressing that my parents would not approve of my marriage,” she said.

A relative of Yamagami and people around his family said his mother had donated upward of 100 million yen ($735,000) to the Unification Church.

Large donations to the organization like that were reportedly common practice.

The woman said her parents told her they had donated enough money to have bought a house.

When she learned about the atrocity allegedly committed by Yamagami, she felt she should not look the other way. The woman is determined to continue to raise questions about the group on social media.

“I would like people to have accurate knowledge as to prevent discrimination and prejudices,” she said.

A Tokyo man in his 30s said children of followers of the organization are “poor by default.”

The man said his parents handed the organization an envelope bearing a “donation in gratitude” with cash every time they attended a worship or whenever an event was held, in addition to routinely donating one-10th of their income.

He, too, donated one-10th of his earnings.

He said his family had no savings. His parents, without asking him beforehand, donated millions of yen granted to him in financial aid from a vocational school he planned to attend.

After he began working, his parents continued to ask him for money. He rarely stays in touch with his parents now.

The man believes that the violent act that Yamagami is accused of is completely unforgivable. Law enforcement authorities are still investigating his motivations for the attack.

But he said he can imagine what it was like to have to live under economic hardship if he became impoverished from such donations.

“I want to speak up and help improve the situation,” he said.

Following the assassination, a child of followers of the church launched an online signature collection campaign on July 9 calling for legislation to protect the rights of children, specifically their religious freedom and the pursuit of happiness.

“After the attack, large numbers of people became aware of the problems faced by children whose rights have been breached since they were born entangled with religion,” the petition drive leader said.

The individual plans to submit the collected signatures to the central government and politicians.

Kimiaki Nishida, professor of social psychology at Rissho University who has researched the Unification Church, said it is easy to comprehend why the second generation of followers has seized this opportunity to have their voices heard.

“As an initial step, their friends and experts should listen to what they have to say as equals since it is not easy to sever their relationships with their parents,” he said.

Nishida also called for Japan to create an entity similar to France’s anti-cult association, known as UNADFI, which has a nationwide support network for victims, with subsidies from the French government.

UNADFI provides mental care and assistance to families and individuals who left a cult in their job search and return to society.

An official with the Family Federation for World Peace and Unification acknowledged in an interview with The Asahi Shimbun that since about five years ago, it became aware of second-generation followers trying to flee while criticizing it on social media.

The official said they were concerned that the number of such people has jumped after the shooting.

“We understand that second-generation followers are anxious,” the official said. “They are the ones who will underpin the church’s future. If things are left as they are, the survival of the church will be at stake. We need to consider their feelings.”