Politicians come out with dealings with Unification Church 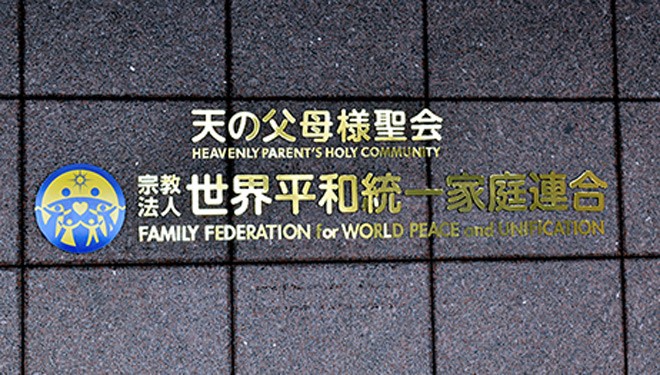 A building housing the Family Federation for World Peace and Unification, more commonly known as the Unification Church, in Tokyo’s Shibuya Ward (The Asahi Shimbun)

The stunning murder of former Prime Minister Shinzo Abe has shone a light on politicians’ ties with the Unification Church as a slew of lawmakers admitted they attended related events and received support during their election campaigns.

Abe, the nation’s longest-serving prime minister, was gunned down in Nara while campaigning for the July 10 Upper House election.

A lawyers’ group in 2019 issued a cautionary call to lawmakers not to get involved with the religious group. They were urged to avoid any events connected with the church, known officially as the Family Federation for World Peace and Unification, or send any message that could be construed as giving a nod to its activities.

The religious group has been making national headlines since Abe was slain as the suspected murderer’s mother is a member of the organization. Her massive donations to the group, said to have totaled more than 100 million yen ($732,000), are believed to have led to the family’s economic ruin.

Toshimitsu Motegi, secretary-general of the ruling Liberal Democratic Party, called July 26 on LDP lawmakers to exercise prudence with regard to events and gatherings held by the Unification Church.

Asked about the LDP’s ties with the group at a news conference, he said, “We have firmly confirmed that our party has no systemic relations (with the Unification Church).”

Motegi said the party will urge individual LDP legislators to take extra precautions in their associations with the religious group at the center of a flurry of social issues while keeping in mind their position as Diet members.

Abe’s brother, Defense Minister Nobuo Kishi, is one of the most prominent lawmakers to admit he had received help from the Unification Church during the past election campaign.

“I think some followers volunteered their time to call voters although I do not have any specific details about what they did,” he said July 26. “I’ve always believed it was necessary to rally as many supporters as possible for a campaign.”

Kishi declined to comment on whether he would do the same in a future campaign.

Another LDP lawmaker associated with the Unification Church is Yoshiyuki Inoue, a former aide to Abe. He garnered a seat in the proportional representation segment of the July 10 Upper House election.

Inoue is a “supporting member” of the Unification Church.

At a pep rally for him in June, the Federation for World Peace (FWP), a related group, was introduced as one of the organizations that supports him.

In an interview with The Asahi Shimbun, an official with the FWP said the organization backs Inoue as his policy measures are identical to those that it is pursuing.

Takumi Ihara, an LDP lawmaker representing a constituency in Ehime Prefecture in the Lower House, admitted that he received support from the FWP during an election campaign as well as other political activities.

Ihara’s office told The Asahi, “They sent us a message of support and a list of their supporters.”

Education Minister Shinsuke Suematsu, also a member of the LDP, revealed at a July 22 news conference that an FWP member purchased a ticket to a fund-raiser he hosted.

His office said Suematsu was not aware the FWP official was associated with the Unification Church at the time.

Economy minister Koichi Hagiuda, also an LDP member who formerly served as education minister, took part in an event in Tokyo sponsored by the Unification Church in 2014.

“At the request of a supporter in his constituency, he gave a speech at the beginning of the event,” Hagiuda’s office explained.

Tomomi Inada, an LDP legislator who served as defense minister, attended a gathering of the WFP’s Fukui prefectural chapter in 2009.

“She gave a brief speech and left,” according to Inada’s office. “As of now, she has yet to receive support (from the Unification Church) for her policy measures.”

Ties among politicians with the Unification Church are not limited to LDP legislators, however.

Kenta Izumi, leader of the main opposition Constitutional Democratic Party of Japan, acknowledged during a July 22 news conference that Kenko Matsuki, a Lower House member, paid a membership fee to a group affiliated with the organization.

Yuichiro Tamaki, leader of the opposition Democratic Party for the People, said July 19 his support group received a total of 30,000 yen in donations from the former president of the publisher of Sekai Nippo in 2016.

Sekai Nippo is a news daily affiliated with the Unification Church.

“But there was nothing wrong about that,” Tamaki said.

On his Twitter account on July 20, former Prime Minister Yukio Hatoyama also admitted having attended an event hosted by an affiliated group as well as sending a message to the group.

“I am deeply sorry for having been involved and regret not having given the matter much consideration,” he said.

Hatoyama may have attended a gathering hosted by the FWP in 2004, when he was a Lower House legislator from the Democratic Party of Japan, according to his office. In 2015, after Hatoyama retired from politics, he also may have sent a message to an event held by the Unification Church.

The Unification Church was founded in South Korea by Sun Myung Moon.

It began to attract followers in Japan from the 1960s. The group’s involvement in “spiritual sales” tactics to sell expensive items, such as pots and seals, gained it unwelcome headlines. It was accused of employing tactics to fan fears among fellow followers and others while soliciting money and not being forthright about its religious activities. Controversy began to surface from around the 1980s.

In 2009, the president and other officials with an affiliated company was arrested on suspicion of involvement in shady spiritual sales.

The incident led to the resignation of the chairman of the Japanese arm of the Unification Church.

The organization claims it vowed in 2009 to responsibly enforce legal compliance among followers.

But Hiroshi Yamaguchi, who leads the National Network of Lawyers Against Spiritual Sales, a group of lawyers handling issues related to the Unification Church, said, “Problems have continued even after that.”

The lawyers’ network said that 564 consultations were held over a five-year period until 2021. The total damages the victims suffered came to an estimated 5.4 billion yen over that period.

Of the 5.4 billion yen, about 60 percent was associated with donations.

In a lawsuit, the court ordered the Unification Church to pay about 5 million yen in damages to a former follower. The plaintiff complained about having been forced to donate money between 2013 and 2014.

“The organization is apparently shifting from spiritual sales to exerting pressure on followers and others to make donations on the pretext of commemorating ancestors,” Yamaguchi said.

In 2019, the lawyers’ network sent all Diet members a written request not to attend or send congratulatory messages to events hosted by the Unification Church. Such acts, the lawyers’ group said, “have the effect of giving endorsement to the organization as a public entity.”

The lawyers’ group sent a protest letter to Abe’s office after it surfaced that the former prime minister sent a video message to an event sponsored by the Universal Peace Federation, an affiliated group, last September.

The letter read: “We are deeply disappointed and strongly concerned about a possible escalation of damages.”

Abe’s office said it could not verify what the lawyers’ network asserted, citing an absence of anyone familiar with the matter.

Hotaka Tsukada, an associate professor of religious studies at Joetsu University of Education, said politicians and religious groups “mutually benefit through their ties.”

Tsukada said the Family Federation for World Peace and Unification apparently began seeking protection from politicians by getting them to use their influence in exchange for assisting their political activities after numerous problem related to the organization became a huge social issue.

However, he said politicians should not be denied their associations with religious organizations unless they breach the principles of separation of politics from religion.

“But they should have kept a distance from the Family Federation for World Peace and Unification from the viewpoint of social ethics, given its troubled past,” he said.