Study: More than half of foreign trainees arrive in Japan with debt 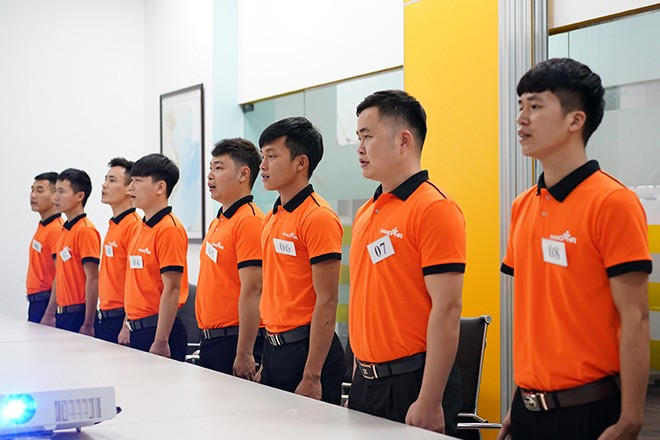 Vietnamese laborers participate in a job interview with a Japanese company in Hanoi in 2020. The interview was held at the office of a sending institution involved in Japan’s technical intern training program for foreign nationals. (Asahi Shimbun file photo)

Most foreign trainees who came to work in Japan paid some 520,000 yen ($3,800) on average to intermediaries in their home countries--expenses that saddled about half of them with sizable debts.

That, according to a new report released on July 26 by the Immigration Services Agency of Japan, may account for one of the reasons so many foreign trainees abandon their newfound jobs and go off the grid after relocating to Japan.

The data comes from the first study to focus on the expenses and debts of participants of Japan’s Technical Intern Training Program prior to their arrival in the country.

Large numbers of trainees from developing countries have reportedly disappeared from their posts after entering Japan.

Experts believe they vanished from their placements either to search for better-paying jobs to help repay their debts or because they failed to be paid by their Japanese employers.

The agency’s report is based on joint interviews by the agency and the Organization for Technical Intern Training, an entity that accredits intern training plans.

The interviews were conducted between December 2021 and April. They covered 2,184 individuals with employers whose training programs were inspected over that same period.

The survey found 85 percent of interviewees paid sending agencies, which mediate job applications and placements, from their home countries varying degrees of money to cover their expenses.

While the overall average paid to those institutions was about 520,000 yen, Vietnamese trainees paid more--roughly 660,000 yen on average.

In Vietnam, the statutory ceiling for brokerage fees is set at about 400,000 yen. But about 30 percent of the study’s interviewees said they paid more than the cap.

The Immigration Services Agency plans to launch an additional survey because charging over the limit would be illegal.

The study revealed that 55 percent of the trainees borrowed money before arriving in Japan, averaging about 550,000 yen, mainly to pay sending institutions or intermediaries for covering their expenses.

The average sum of debts was the highest among Vietnamese trainees, at about 670,000 yen.

The study showed the average monthly pay they were told they would be given before coming to Japan was about 150,000 yen.

Seventy-nine percent of interviewees said they were paid “as was expected” or “more than expected.”

Twenty-one percent said they received “less than expected.” Of these, about 60 percent cited fewer opportunities to work overtime or work on a holiday as a reason.

The agency plans to use the findings for a future overhaul of the technical intern training program for foreign nationals.