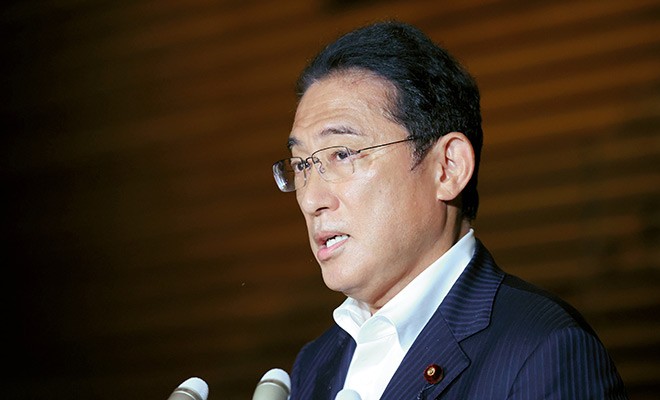 Prime Minister Fumio Kishida is urging members of his Cabinet and lawmakers in his Liberal Democratic Party who admitted to having dealings with the Unification Church to provide fuller explanations of their interactions.

“I believe that, as politicians, it is important for each and every lawmaker to provide a comprehensive explanation on their associations with an organization that has become a social issue,” he said on July 31, referring to the church, which is now formally known as Family Federation for World Peace and Unification.

He made the comments when he was asked by reporters about the recent flurry of disclosures by LDP lawmakers about their ties to the organization.

This marks the first time Kishida has touched on the Unification Church since former Prime Minister Shinzo Abe was fatally shot on July 8 by a man whose mother is a follower of the religious group.

The shooter reportedly told investigators he targeted Abe due to his perceived connection with the group, casting it into the public spotlight.

“The general public is highly interested in the topic,” Kishida said.

But he did not say how the government and the LDP will respond over the many relationships recently revealed between its legislators and the group.

So far, it has come out that several members of his Cabinet have been associated with the group or its affiliates: economy minister Koichi Hagiuda, education minister Shinsuke Suematsu, Defense Minister Nobuo Kishi, along with Satoshi Ninoyu, who chairs the National Public Safety Commission, which oversees policing in Japan.

On top of that, multiple LDP legislators have acknowledged their associations with the group when questioned by The Asahi Shimbun.

But some LDP lawmakers have refused to clarify their connections.

The opposition bloc is calling for an investigation by the LDP of its members’ ties with the church to get to the bottom of the question.