‘Least-appealing’ Ibaraki now a popular home base for workers 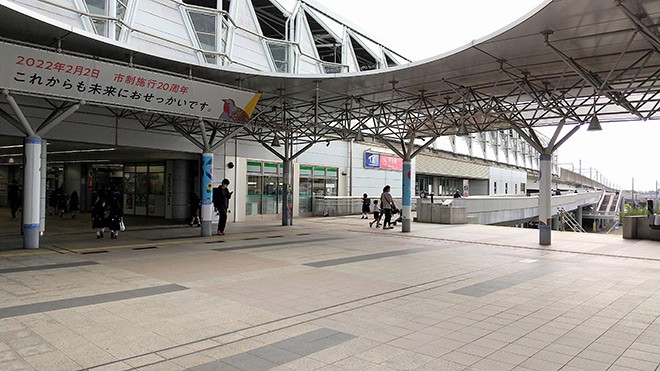 With a push from the pandemic, Ibaraki is moving to shed its image as the least-attractive prefecture in Japan.

With teleworking becoming more common, workers are moving to the comforts of Ibaraki and other rural zones to escape the exhausting, hustle-and-bustle lifestyles of urban centers, such as Tokyo.

Data from the internal affairs ministry show that 3,501 more people than the previous year relocated to Ibaraki Prefecture in 2021, the largest year-on-year increase among all 47 prefectures. Saitama came in second place, followed by Kanagawa, another Tokyo area prefecture.

Incoming residents outnumbered those who left in 10 prefectures.

It was the first time for the three prefectures to record more incoming than outgoing residents since the current form of measurement started in 2014 to cover non-Japanese residents.

Another ministry indicator adjusts for resident number gaps between rural and urban areas by dividing prefectures’ relocation-caused net population increases by their resident numbers as of Oct. 1 each year, and then multiplying the figure by 100.

The numbers are released by the end of April the following year.

The ministry said this index is “important for determining migration trends” and provides a more practical list of regions popular among relocating people.

Based on this index, Ibaraki placed sixth in 2021, ahead of the major areas of Tokyo and Osaka.

Most of the people who moved to Ibaraki Prefecture in 2021 came from Tokyo.

“The tendency for people to move to neighboring areas has become clear,” Kasamatsu said. “Ibaraki has rapidly grown in popularity because families are turning to its convenience, cheaper land prices and other cost-effective features.”

Before the COVID-19 pandemic, the population influx ratio for Ibaraki was below zero, meaning more people left the prefecture than those who moved in.

Writer Tomoya Aoki, a resident of the prefecture, said he volunteered to check details of the Ibaraki-set manga “Dappe Teikoku no Gyakushu” (Comeback of Dappe Empire), published by Shogakukan Inc.

“I thought Ibaraki’s era has finally come and offered my cooperation,” he said.

The manga centers on local officials struggling to raise the prefecture’s profile after it placed last for seven consecutive years in a survey on the attractiveness of prefectures.

“Ibaraki’s lowest rank for seven straight years has been a running joke on TV and other media, but this has put the prefecture in the national spotlight,” Aoki said. “Administrative bodies gradually started public relations efforts in earnest.”

A representative of Ibaraki’s planning division said the recent success in attracting new residents is a result of prefecture-wide approaches.

“We have been forging ahead with all-Ibaraki policies, such as providing subsidies for relocations and telework here and improving education to raise students’ performances, to get more people involved in Ibaraki Prefecture,” the representative said. “Our efforts are paying off.”

The science city of Tsukuba in the prefecture had the seventh highest relocation-caused net population increase among all municipalities in Japan in 2021.

This was largely attributed to the Tsukuba Express Line that links the city with Tokyo’s downtown Akihabara Station in less than 50 minutes.

Moriya and Tsukuba-Mirai along the line reported population rises as well.