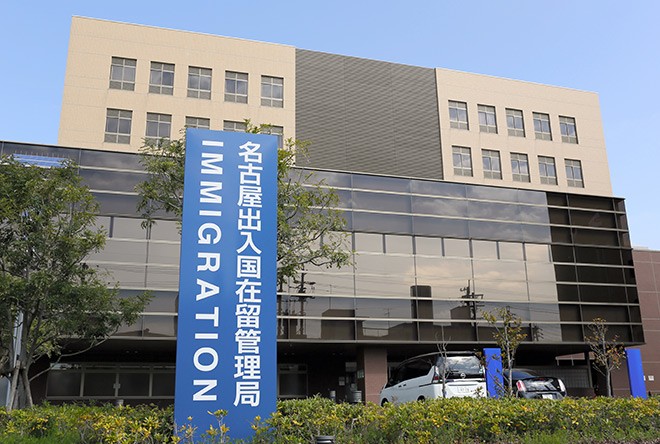 NAGOYA--Supporters of foreign nationals incarcerated at immigration detention centers are calling on the authorities to review the food menu for Muslims following the case of a man who lost significant weight due to his lack of access to halal dishes.

The issue involves a detainee at the Nagoya Regional Immigration Services Bureau.

Contacted by The Asahi Shimbun, senior officials at the bureau replied that they are considering whether to revamp the menu.

Akemi Mano, a resident of Tsuyama, Aichi Prefecture, who works to provide support for foreign nationals staying in Japan, said the detainee told her during a recent interview that he had lost 10 kilograms over two months.

The man, who is in his 30s, said he only ate rice and vegetables because he was unsure if the ingredients of other dishes served were permissible in accordance with his faith.

The man complained about his lack of access to halal foods prepared according to Islamic principles since he was first held at the detention center.

Muslims are not permitted to consume pork or pork-related ingredients and alcohol. In addition, other types of meat, such as chicken and beef, must be prepared in a certain way.

But exactly what foods they are permitted to eat differs from region to region and ethnic group.

Mano said she made a request in late July for halal food to be served to Muslims at the detention center.

Immigration authorities acknowledged that the detention center does not serve halal food. But they said they are taking alternative measures.

“We provide meals using ingredients permitted, in place of pork and other prohibited items, if detainees cannot eat certain foods out of religious or health reasons,” said an official at the bureau.

The Immigration Services Agency of Japan said the rules require that detainees are treated in accordance with the lifestyle of their home country.

But no rule is in place for the content of meals served at detention centers across the country.

The agency said no halal foods are served in detention centers for foreign nationals in Japan.